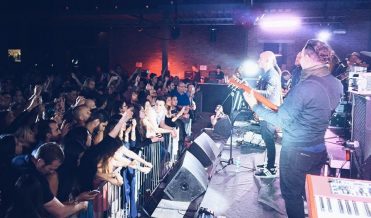 European festivals setting up shop in Latin America has become old news: Sónar (Spain) have done it, as have Mysteryland (Netherlands) and Creamfields (UK), and so many others. Yet, on Saturday 28th May, Chile’s Frontera Festival decided to... Read Article 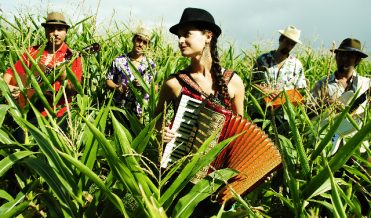 Pascuala Ilabaca is generating plenty of interest in her native Chile thanks to her smooth folkloric sounds, planted in the rhythms and traditions of Chilean culture. Many people are seeing her as continuing the legacy of Violeta Parra,... Read Article

With the current upsurge in popularity of Latin-influenced sounds in the English capital, nine-piece band Wara are sure riding the wave of Afro-Cuban-loving-grooves. Their recent tour of festivals such as Glastonbury, The Big Chill, Barbican's Blaze Festival, and not to mention soon-to-come gigs at Camden's Roundhouse and Ronnie Scotts, only cement their promising future ahead.

Elza Soares is the epitome of the Brazilian samba singer, a carioca through and through who regularly performs at Rio Carnival and who has been successful since the early 60s. Just last month a documentary based on Elza’s... Read Article

The Blueberries are a new band from Uruguay mixing the New York swagger of The Strokes with something a bit more danceable. This is their home video for “London Eye”, a song which they hope to make a... Read Article

On Monday 25th October 2010, kings of tropical jazz funk Azymuth, will take to the stage for a one-off special at Camden’s Jazz Café, following four successful decades at the top of their game. Established as one of... Read Article