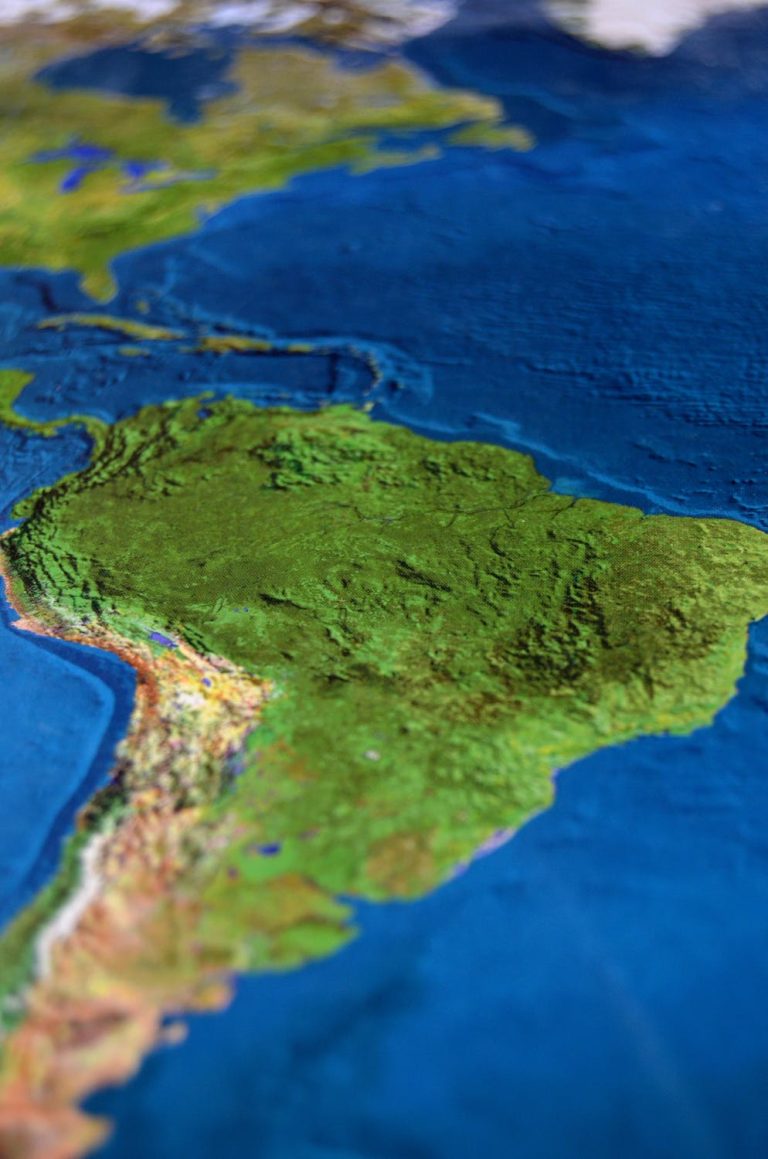 The Similarities Between South America and Britain

Worlds apart, separated by the Atlantic Ocean, you might tend to think of the British Isles and South America as being entirely separate from one another. That there is nothing substantial shared by these two varied cultures, and perhaps even that they are as different from one another as any two cultures can be.

But, in fact, the two cultures actually have a great deal in common—much more than you might at first think. Naturally, they remain very distinct cultures. But even as Britain sits as a beacon of the Old World and South America a vast New World continent, the two regions of the world actually share a lot of commonalities.

Read on to find out more.

Religion may not have the same place in the world that it once did, but the fact is that billions of people across the globe still identify with a major religion and practice it on a daily basis. In South America, on the whole, religious devotion is still quite important for a great deal of people. In Brazil, for example, by far the largest and most populous country on the continent, around 70% of the population identify as Christian, in one denomination or another.

This accounts for a huge percentage of the overall population of the continent, so it gives you an idea just how prevalent religion, indeed Catholicism, still is. Christianity tends to be the dominating religion in all the other South American nations, too.

Though the cultural relationship to worship might be quite different in the U.K., the fact is that almost 54% of the population would still to this day identify as Christian. That’s a really significant portion of the population. According to the censuses over the years, that includes a wide array of denominations.

So, in that sense, shared religion links the two places together on something which, for many, will be the most significant aspect of their lives. Religion, for many people, speaks to how they live on the deepest level.

Religion is certainly a major similarity, but the similarities aren’t only on this deep a level. One of the most striking similarities between Britain and South America is the overwhelming popularity of bingo in both regions.

The game has been enjoyed for at least the last century in the UK, having been a legal means of gambling since the 1960s. Today, estimates put the number of active, physical bingo halls at around 350—not to mention the enormous popularity of online bingo through portals like these new sites, as well. Bingo certainly became rapidly popular throughout the whole world over the course of the last century, but Britain definitely got in on the ground floor.

In South America, the game is enjoyed throughout the continent. In Chile, there are dedicated halls with over 2,000 bingo seats. Four and five star hotels in the nation have, since 2006, been required to have a casino, and many of these casinos contain bingo slots and bingo halls. 17 casinos currently run bingo halls in the nation.

In Colombia, too, the number of bingo halls has tripled in the last two decades since the game became a legal means of gambling.

But, of course, as with almost any statistic in South America, Brazil simply runs away with it. It has even more bingo halls than the U.K., which is not surprising given the vast difference in population. Brazil has around 600 bingo halls, and since 1993 has even been utilising the game as fundraising efforts for government run sports programs. On average, they can generate $3-$5 billion a year in bingo revenue alone.

In Britain, too, bingo income is usually around £1 billion each year. Proportionate to the relative populations, you can see that, per capita, Britain probably plays about as much bingo as Brazil.

The love of this game is one of their biggest shared pastimes and puts into perspective the similarities between these places.

One thing that unfortunately distinguishes South America from Britain is how its native art and culture was suppressed by colonisers for such a long time. Britain has always been able to fully express its own voice—but the persistent and unflinching desire to do just that certainly brings these two places together.

Over the course of the last century, as global empire began to wind down, countries that had previously been colonies began to re-establish their own unique identity, and one of the main ways they did this was through art. Artists such as Frida Kahlo, Fernando Botero, and José Clemente Orozco began to carve out uniquely experimental styles in the early 20th Century, as Eurocentrism began to fade.

In Britain, art has always been similarly experimental. The first half of the 20th Century saw the rise of a great deal of deeply unusual art styles, like surrealism and modernism. The definition of ‘art’ became wider and less pinned down, and British and South American artists alike were all determined to do something different than what had come before.

The art itself, of course, tended to be very different. Styles and cultural influences varied enormously, but the essential point is that both cultures were determined to carve out their own style, their own form—and to reject traditional artforms.

South America has a very different place in history that Britain does. It has historically been less stable and has had a bigger problem with outside influences in the last few centuries. But nonetheless, there is more to be said about the similarities between these two places than there is about fundamental differences. Both places share art and religion, and all the cultural baggage that comes along with that. They also share a love of one of the world’s most popular ways to gamble, and it’s not surprising that this is one of the clearest similarities between the two regions.