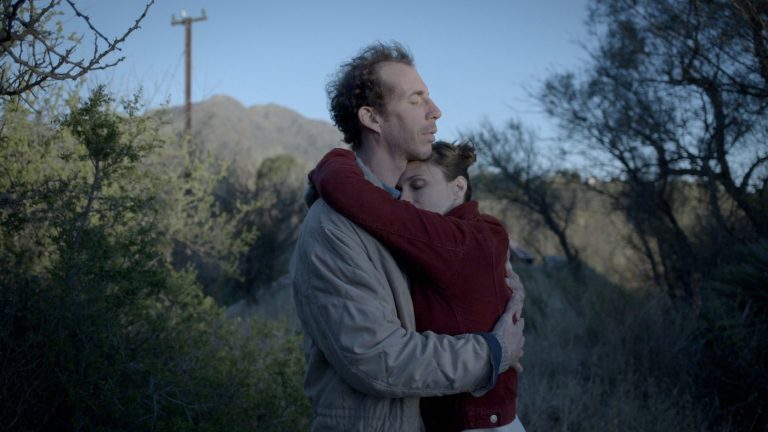 Again Once Again (De nuevo otra vez, 2019) is the debut film from Argentinian director Romina Paula, who blurs fiction and reality as she stars alongside her own real-life mother and son. Opening with a slideshow of family photos, a technique that is revisited at various points in the film, Paula’s film provides ample opportunity for quiet reflection on motherhood and the mundane challenges faced by a woman in her thirties during everyday life, battling with feelings of rejection and reflection as she takes a break from her partner to visit her mother in Buenos Aires with son Ramón: a toddler. Rather than providing an idyllic representation of motherhood, Paula is disorganised and frustrated, feeling overwhelmed and questioning her true identity. This is cleverly portrayed during a scene in which she gets ready for a night out with friends, the first for over three years.

We learn that Paula’s mother, Mónica, is descended from a line of German immigrants who also struggled to find their path in Argentina (having initially wanted to emigrate further north to Canada). There are some truly touching exchanges between Mónica and Ramón, who seems to understand German and responds in Spanish during the film. We soon learn that Paula’s grandmother, although Argentinian by birth, raised her own children in German “for some strange reason”, as though expecting that their time in Argentina was going to be temporary. Indeed, this feeling of being misplaced and something of an outsider seems to be something that Paula has inherited from her past.

The film draws very much on Paula’s time at her mother’s, during which she gives private German classes to a family friend. We see Mónica attending a yoga class with friends in her own home and, of course, the day-to-day of raising a toddler. This feeling of loss of youth and sexual attraction is intensified when Paula is rejected by her best friend’s younger sister, and her private German student, episodes during which the camera invites us in as part of both the lesson and the rejection.

Paula seems overwhelmed with motherhood, yet despite this, the evident love and adoration for her son shines through. Now, the parties of her youth seem a thing of the past, with Romina very much a bystander during these social interactions.

Again Once Again is an alternative coming-of-age movie, blurring the boundaries between fiction and reality, as a woman struggles to accept her lot, despite the love that she feels for her son.

Again Once Again is currently available to stream on MUBI.