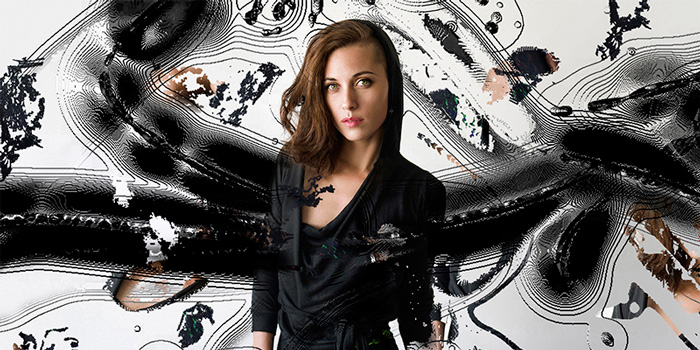 Argentine producer and vocalist Sol del Rio works within a digital universe, combining her voice with analogue instruments and ambient sounds to create compelling soundscapes that could be classified as minimal techno, IDM or, as it says on the press release, trip house or bass pop.

After first appearing on the scene in 2011 she will this year release her debut album, Resonancia, and in advance of that has released two tracks as singles with accompanying videos. Produced by herself, these videos continue the aesthetics of her music, working in a digital environment with Sol as the main human connection, using effects and stark use of colours to mimic the often grave sounds of her recordings.

Resonancia will be released by Argentine label Concepto Cero on 20th May 2016.