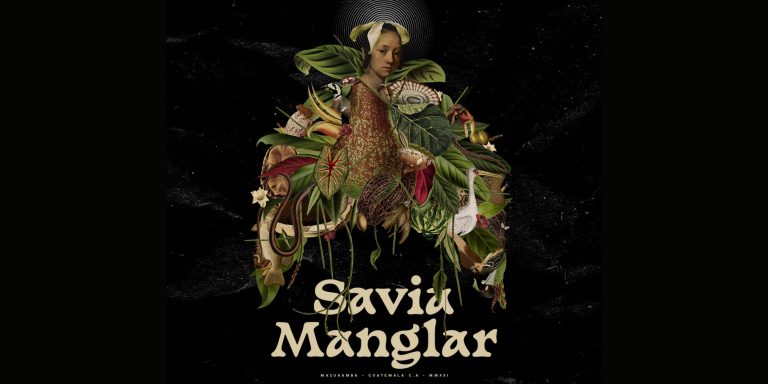 The organic electronic music collective based in Antigua Guatemala, Mazukamba Beats, released its second compilation whose royalties will go to community conservation projects for the mangroves of the Guatemalan Pacific coast.

Still unable to hold their monthly parties around the country due to the global pandemic situation (and the local government’s bad management), Mazukamba Beats released Savia: Manglar to follow up on the collective record resistance which they have been developing since last year when the first volume of the Savia series was released.

A total of eleven artists have conspired to create seven tracks as a shout for help inspired by sounds that refer to the mangroves: ecosystems that are found between the coastal areas of sweet water rivers and the salty sea and that, in countries like Guatemala, have been put in danger of extinction, along with the species that live within them, due to the bad treatment of solid waste.

Fifteen years after having reached “the future of music”, when Chancha Vía Circuito and company played their now famous experimental cumbia sets at the Zizek Club in Buenos Aires, Alex Hentze has met with Chancha’s Pedro Canale to collaborate on the second track, “Perigeo” in which the sounds of the sensitive synths of the Guatemalan and the organic palette of the Argentinian merge in a lilting and powerful piece which, one of the founders of Mazukamba Beats, refers to as “an allusion to the forces that the moon brings us, the energy movement that is latent in nature and the living example that we are walking on a living being that deserves our respect and that our learning comes inherited from his teachings. “

The third track is the work of Oscar Cano, better known as Ocarimbo and for his Afro-Latin sound. “Avicennia Bicolor” is no exception: in less than thirty seconds you are hypnotised by dembow lines, which intersect with other synthesized loops and at the intersection, bird songs from the Mesoamerican Caribbean.

“El fuego se lleva adentro” (The fire is carried inside) is the title of a track in the key of dancehall roots by the Mayan K’iche’ singer-songwriter Aurora Nohemi from Quetzaltenango. The fifth track is “Transistores Tropicales”, an Afro-house contribution by Guatemalan Camila Camaleón.

Aquatic; IDM; dubstep; enigmatic; this is how “Caiman” sounds, the contribution from Sacatepéquez musician, Elashar Caballeros, better known as Guía, which precedes the final track, “Espora”, a combative organic trance collaboration between the duo Selva y Cerro (made up of the Maya K’iche’ Kaqchikel poet Rosa Chávez and sound designer Sonido Quilete) and one of the founders of Mazukamba Beats, Parutz.

Just as the roots of mangrove trees tolerate salt from the sea to promote conditions that make life possible, this group of musicians continue to raise their voices during a non-stop pandemic, decentralising and forging a new Central American sound identity, while seeking to create awareness beyond the urban dance floor.

Listen and buy Savia: Manglar here, the funds will go to community conservation projects for the mangroves of the Guatemalan Pacific coast.