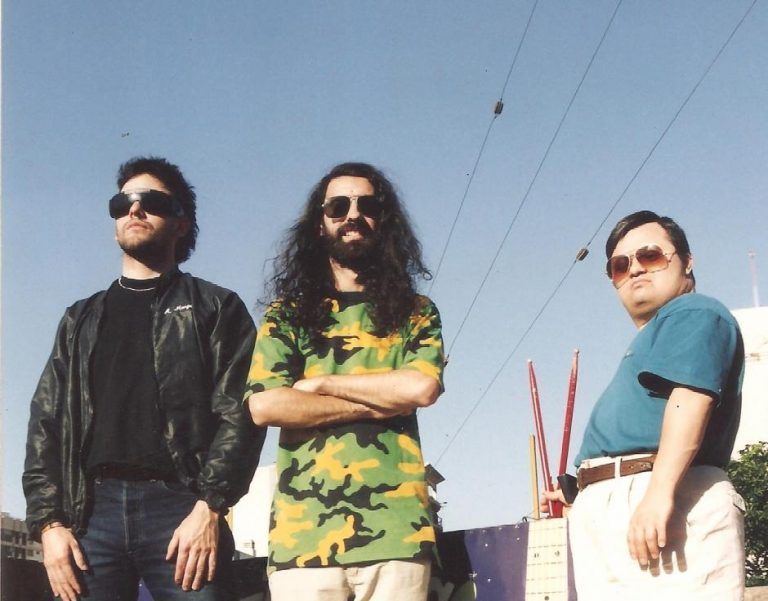 Life is never dull in the world of Reynols. Though the Argentine trio hadn’t performed together between 2003 and 2017, it never really felt like they went away, their cult status increasing on a daily basis as word spread of their “dematerialising” music, their tributes to plant life, symphonies for chickens and psychic toothbrushes. They also made some damn fine music, but like similar provocateurs The KLF, it’s often been their artistic statements and conceptual works that have captured the imagination, marking them out as a group that are about much more than simply music.

Since returning to the stage in Buenos Aires in 2017 to accompany Japanese psych-rockers Acid Mothers Temple, it’s their music which is getting the spotlight once more. Those concerts led to an album, Acid Mothers Reynols Vol. 1, and a live documentary, which you can watch the trailer for below.

Those shows as Acid Mothers Reynols were followed by the release of an extensive box set on the Pica Disk label which put 52 mainly-unreleased tracks from across the group’s career on six CDs, as well as offering a 90-minute video collage of the group’s performance. With extensive liner notes and photographs, it’s one of the finest introductions to the group you can find anywhere.

That box set led to TQ Zine, a small underground music zine published in the north-east of England, devoting their latest edition to the group. TQ28, published in March 2020, includes an interview with the band and the curators of their Pica Disk box set, as well as a Reynols box set and exclusive photos and drawings by the band’s Miguel Tomasin. And, if that wasn’t enough, TQ Zine are releasing Home Tapes Vol 1 on March 20th on their TQ N-aut label, collecting seven brand new tracks from the group, recorded in 2018 and 2019.