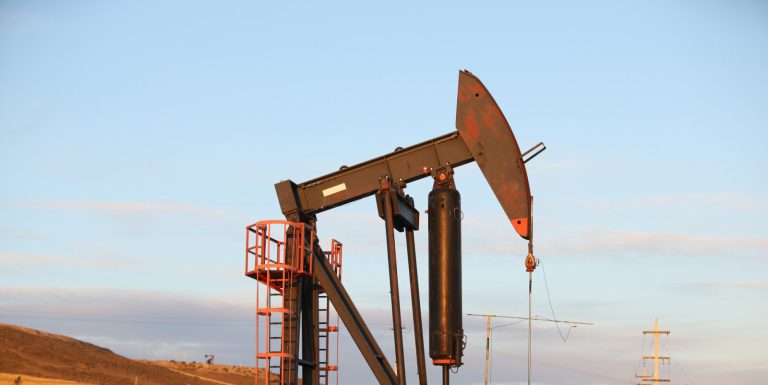 “The moment to act (against climate change) is now. The clock of planetary destruction will not stop if we don’t build a new development model,” he said, just weeks before expanding fossil fuel programs.

In spite of the green pledges, during Fernandez’s presidency, Argentina assigned less than 1% of the energy budget for renewables, while at the same time increasing subsidies for fossil fuels, a budget analysis by Climate Tracker shows.

The lack of funds will continue throughout 2022, with just 0.62% of the energy budget for clean energy, according to the proposed plan presented in September by the Minister of Economy, Martín Guzmán.

María Di Paola, an economist and researcher at Fundación Ambiente y Recursos Naturales (FARN), said Argentina’s climate policy is not consistent with its pledges, and added that the real government targets are clear in their financial plans.

In 2020, the government spent 32% of the energy budget directly on fossil fuels. In 2021, the share went down to 25%. The Argentinian government plans to keep investing in fossil fuels in 2022, according to the proposed budget, with at least 2 new projects focused on oil and gas exploration.

The rest of the energy budget is divided between several other programs, which include actions to extend the electric grid, nuclear energy expenses, financial assistance for public companies and energy rationing programs.

This spending goes against scientific recommendations that call for a halt in fossil fuel  projects, in order to reach the Paris Agreement goal of limiting global warming near 1.5°C. A 2021 report by the International Energy Agency (IEA) insists there can’t be any new oil and gas projects if the world wants to meet this target.

It also clearly contradicts the government’s own climate pledges, as president Alberto Fernández stated that climate action was a “national priority” last September during the Latin America Climate Summit.

Argentina spent $76 billion pesos in 2020 for the “Formulation and execution of the fossil fuels policy”. This means 32% of the funds for the energy sector went to subsidies and stimulus for the industry, according to the budget presented by the Ministry of Economy.

Most of the cash alloted to this policy went to stimulate natural gas production (the main source for electricity in the country), subsidize homes, and financially support gas distribution companies. A smaller portion ($357 million pesos) went to expanding the gas network.

The next year, in 2021, the government directed even more money to fossil fuels, $152 billion pesos, which were spent on almost the same subsidies as 2020. Another $3.5 billion pesos were planned that year for “Infrastructure Works in Energy, Gas and Oil in Santa Cruz”, a province in the South of the country.

However, this year the figure represented a smaller share of the total energy budget, with 25% of the total.

For Di Paola, the spending on fossil fuels means the country is drifting further away from its climate commitments. She argued that the energy transition is key to limiting greenhouse gas emissions, more so considering the energy sector is the main pollutant in Argentina.

“When you compare how much the government spends on fossil fuels with renewables, you see their decisions are put on maintaining an energy model based on dirty energy rather than clean alternatives. The energy transition and the Paris Agreement are off the table”, stated Di Paola.

The government’s spending on fossil fuels is even bigger, considering that most of the projects receive tax cuts rather than funds directly from the state. These amounts are not part of Climate Tracker’s analysis.

Funds for green energy grew slowly over the last two years, but were never above 1% of the energy budget.

In contrast with 2020’s fossil fuels spending, only $852 million pesos were alloted for renewable energy programs, which accounts for 0,36% of the total energy budget. In 2021, this increased slightly to 0,48%, which amounts to 2 billion pesos.

In 2020, the national government allocated $127,5 billion for solar distributed generation and RENOVAR. Of all the projects, RENOVAR is the only program that aims to create green energy infrastructure, but the last bidding for new projects was in 2018.

The next year, in 2021, $14 million pesos went to the “Fomento de la Generación Distribuida” program, $2 billion for PERMER and a total of $812 million to improve the efficiency of the Salto Grande plant.

The fossil fuels budget in 2021 was 50 times greater than the one for renewable energy.

“We need this to change because, when we talk about environmental issues we should also take into account the social and cultural side. With climate change, vulnerable people are the most affected by it”, stated Di Paola.

Gonzalo Bravo, an economist from the Bariloche Foundation specialized in the energy sector, argued in the same direction as Di Paola. He remarked that the decarbonization of the economy shouldn’t leave aside other problems like poverty and employment.

Since the new government took power, no new green energy programs have been submitted. The nearest green project was an electric vehicles incentive presented in October 2021.

In the last quarter of 2020, Alberto Fernández government presented a new tax to the wealthiest people in the country to mitigate the state’s financial crisis caused by Covid-19, called “Aporte Solidario Extraordinario” (“Extraordinary Solidary Contribution” in English).

Even though the idea was to help with the Coronavirus crisis, only 20% of the money levied was for medical supplies, and 25% to be invested in gas exploration, development and production in the country.

With this new tax, the government collected $56 billion pesos which were all sent to the Secretary of Energy. When Climate Tracker contacted government officials to learn in which projects the money would be spent, they responded that, a year later after the law was passed, they still haven’t determined where to invest it in.

With it, the fossil fuel industry would get a special tax scheme for the next 20 years. The legislation is yet to be passed at Congress, but the national government expects it to help with “energy sovereignty”, one of the core principles of the ruling party.

In 2022, 4% of greenhouse gas emissions in Argentina would come from subsidized gas production, the FARN economist stated.

Only two green energy programs will still stand in 2022, according to the 2022 budget: the PERMER project and the efficiency program for the Salto Grande Hydroelectric Power Plant. The other two renewable energy projects are not mentioned.

This data is in stark contrast with Argentina’s commitments on climate change, and also with the government’s pledges on the issue.

On 22 April 2021, president Alberto Fernández announced at the Leaders’ Summit on Climate that they would increase their climate action, by updating the country’s NDC, which aims for a 19% reduction in it´s greenhouse gas emissions by 2030.

Later, during the Latin America summit on Climate Change, Fernández insisted that “climate and environmental action was at the center of Argentina’s priorities”.

But Climate Action Tracker, an independent scientific analysis that tracks government climate action, rated Argentina’s policies as “highly insufficient” on the grounds that  “they would lead to rising, rather than falling, emissions”.

A big challenge for the green energy transition in Argentina is that fossil fuels dominate the energy system. According to Argentina’s second NDC, in 2019 fossil fuels represented 87% of all energy produced in the country, of which 54% is natural gas, 31% oil and 1% carbon.

In this way, Argentina is the country that uses the most natural gas in all Latin America. Only 6% of the total energy grid is supported by renewable alternatives.

Because of this, the energy sector is the largest pollutant, with 53% of all emissions coming from this sector, following the data by the National Inventory of Greenhouse Gases.

The International Energy Agency (IEA) published in April this year a report that showed a pathway to 2050 carbon neutrality and stated that “as the major source of global emissions, the energy sector holds the key to responding to the world´s climate challenge”.

Di Paola said currently Argentina follows a “business as usual” scenario. According to her, the role of the state is to create incentives so companies can invest. But, if the government keeps giving signals linked to the fossil fuel market, it will be difficult to start the energy transition.

Gonzalo Bravo, on his part, said a country like Argentina —that isn’t a big polluter and is going through a financial crisis— should ask for more time to transition to green energy.

For Di  Paola, it’s urgent to think of new innovative solutions to accelerate the country’s green transition. “If we keep using fossil fuels we will have a more systemic crisis, and we need to think outside the box”, concluded Di Paola.

This story originally appeared in Climate Tracker and is part of Covering Climate Now, a global journalism collaboration strengthening coverage of the climate story.