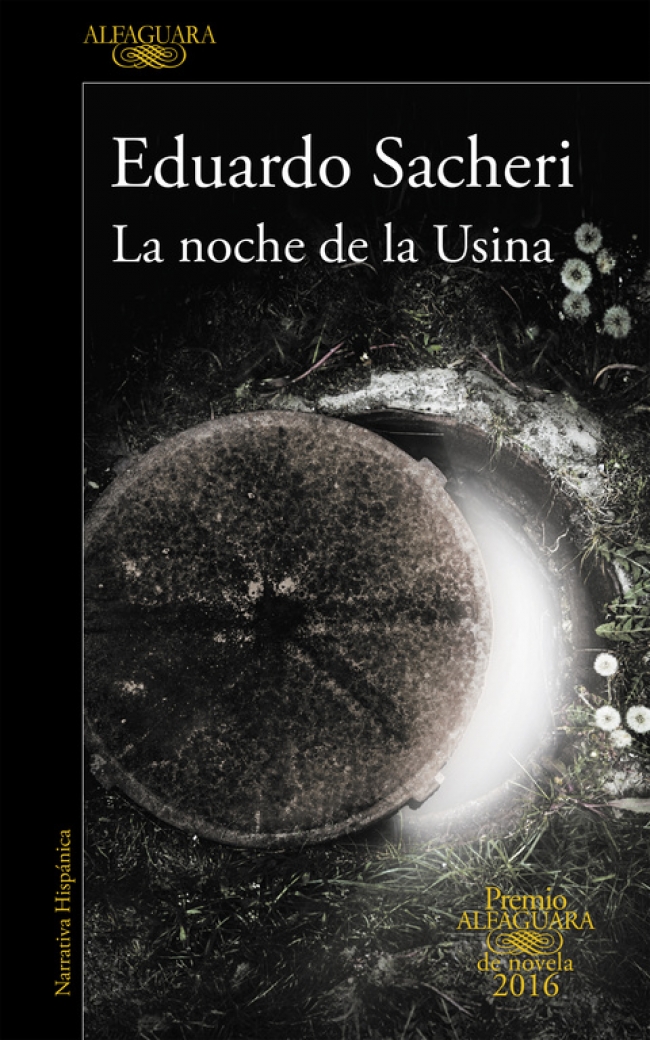 Making any reference to the years 2001 and 2002 in Argentina and Uruguay is bound to cause a reaction from the listener, ranging from an angry frown to a fully-fledged political rant. The most devastating economic crisis in living memory, known as the “Corralito”, meant that ordinary citizens could not take their money out of the banks and many lost most of their lives’ savings. Some will still feel the chills when recalling the deserted high streets in the cities that had more closed shops than open ones.

Eduardo Sacheri (Argentina, 1967) locates the action of his latest novel, La Noche de la Usina (2016 | Translated as The Night of the Heroic Losers) during this complex socio-political time – allowing the reader to relive the desperation, chaos and rage that dominated those years, albeit from a nuanced perspective. We are situated in O’ Connor, a fictional rural town in the northwest of the province of Buenos Aires, hours away from the metropolitan buzz and stuck in the slow pace of the humid pampa.

With the economic crisis looming, a group of nine townspeople put together their lives’ savings with the hope of launching an agricultural venture that will work as a cooperative, helping local producers. A dodgy bank manager pacts a deal with an unscrupulous businessman, Fortunato Manzi, to use the crisis to their advantage. From one day to the next, the townspeople lose all of their money and it is clear who the two beneficiaries are. Legally, they have no means for retaliation. So they must take a different path: a concatenation of fortunate events allows one of them to find out where Manzi hides his money. The stage is set for the theft of the century.

Sacheri is well known for writing the novel El Secreto de Sus Ojos (The Secret in Their Eyes), which later became a movie that won the Oscar for Best Foreign Film in 2010. Now he has earned his first major literary prize, the Alfaguara Prize 2016, with this novel.

The characters are nobodies from a forgotten town. They are a miniscule part of a crisis that is gripping the whole nation. Yet they are tender and lovable: their modest leader, the ex-football player Perlassi, his son, clumsy Rodrigo; the politicised anarchist, Fontana; affable businessman Lorgio and the tense relation with his immature son, Hernán; the slapstick scenes involving the childish López brothers; and the timely inputs of nostalgic Belaúnde and old Medina.

Seeing this band of first-time criminals plan a robbery has the charm of reliving Woody Allen’s Small Time Crooks. Yet the thriller element takes precedence over the comic one in this case. The novel is structured around very short chapters (on average three pages each), often ending with cliff-hangers.

The preface introduces us to a story-teller, Arístides Lombardero, who used to visit O’ Connor every year. The narrator then hypothesises how Lombardero would tell the story of the heroic losers, and in a way, it is suggested that the voice telling the following narrative could well be that of the mythical story-teller. The 3rd person omniscient narrator uses the present tense, adding to the aura of it being an oral account. This voice is a very local one, imbued by the popular culture and folk psychology that provides social cohesion in a small town like this one, reflected by the extremely colloquial version of the River Plate Spanish it uses, which even non-Argentinean Spanish-native speakers might struggle to decipher.

This story could well be criticised for its simplicity. The novel is not really in the business of exploring grey areas: we quickly sympathise with a group of goodies who are out to solve social injustice by stealing the precious treasure from a certified baddie (Robin Hood anyone?) This makes sense given that the prize-giving entity is a publishing house interested in transforming its winner into a commercial success.

Yet this story has the same charm as a well-construed Greek tragedy: predictable maybe, but providing us with a carefully crafted narrative that allows the consumer to engage in a cathartic purge of emotions. A simple story perhaps, yet not simplistic: the realistic portrayal of life in rural Argentina, the meticulous exploration of father-son relations, the engagement with this turbulent time in recent history and the sporadic chuckles the reader will not be able to silence are all aspects that make the novel worth musing over. And for narrative innovation, please read chapter 14 a couple of times.

From Sacheri’s co-writing of the script for The Secret in Their Eyes we know about his interest in cinema, which winks at us in the novel when his protagonist, Perlassi, plans the big robbery by watching theft films. Thus, it would not be surprising if this novel is soon translated into the big screen.

The verdict: A gripping read which provides a meticulous portrayal of Argentinean rural life during one of its most tumultuous periods.

La Noche de la Usina is published by Alfaguara and available to buy from Amazon UK, Amazon US and other bookshops.