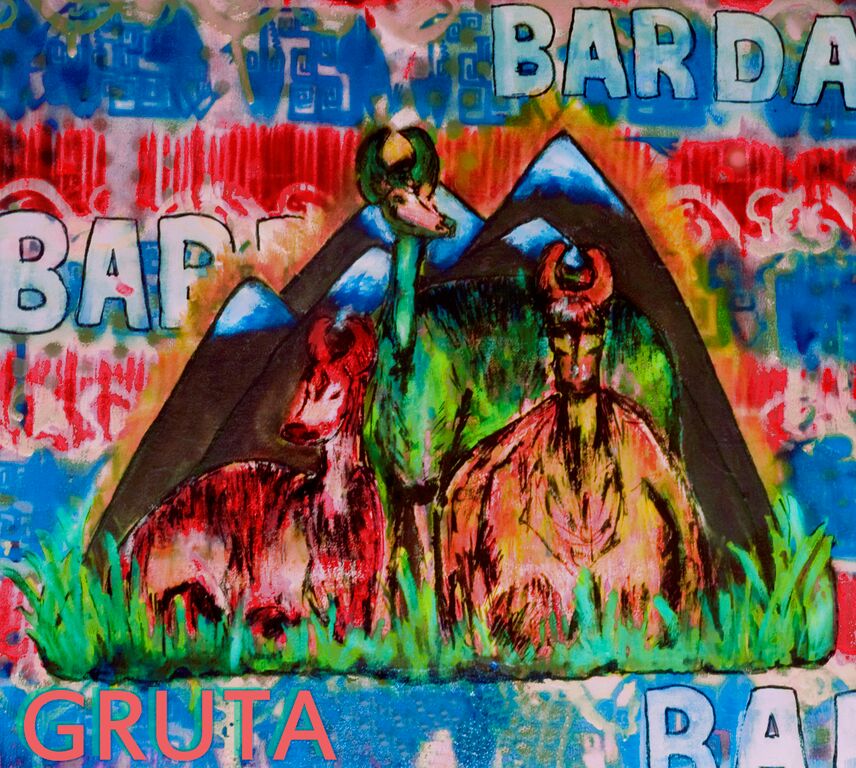 Gruta is the first full-length release from Argentine producer Barda, building on the EPs she has previously released for the Sello Regional label. Containing seven tracks, the focus is on ancestral sounds, lively percussion and deep bass. This is the sonic universe of Cecilia Gebhard, a Buenos Aires native who is also as adept at singing and guitar (as well as the ukulele, which features here) as creating the forward-thinking electronica that you can hear on Gruta.

Guests on the album include Yoco Perez de Arce, playing didgeridoo on the opening title track, as well as Wenceslada whose hypnotic voice adds serious soul to the intricate nu-folk paradise of “Nudo de un Árbol”. SidiRum, a fellow Argentine producer and sometime-Barda-collaborator, finishes the disc with a sprightly remix of “Nucleo”. The focus throughout is on electronic soundscapes inspired by dub, digital cumbia and progressive IDM, but with Barda adding her personality through the energy of the percussion and beats that enliven her songs, as well as the sharpness of the samples and instruments used. Though the emphasis is on creating a sonic universe, one that the listener can lose themselves in, there’s also a bravery on display here with Barda unafraid of piercing the musical landscape with unexpected sounds and changes of textures, which makes the music altogether more interesting, and frankly, more fun.

Gruta is the fourth release on Fértil Discos, a new record label set up by El Remolon and featuring artists such as Chancha Via Circuito, Lulacruza, San Ignacio, Jin Yerei and Tropikal Ravers. Find out more about the album at Fértil Discos.