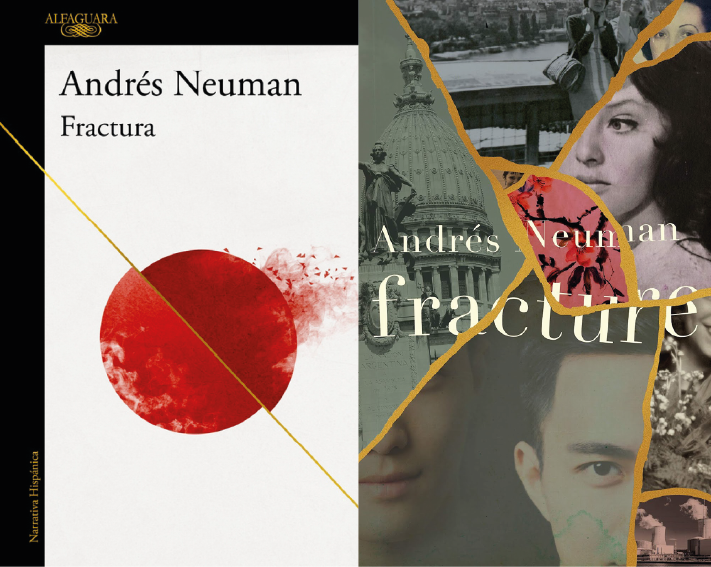 ‘Fracture’ by Andrés Neuman: Broken Parts of a Whole Life

Andrés Neuman is an internationally acclaimed Argentinian writer of novels, short stories and poetry. Fracture is his sixth novel and the third one to be translated into English by the incredibly talented Nick Caistor and Lorenza García.

Fracture is unlike Neuman’s previous work in terms of depth, yet it has the author’s trademark style and powerful symbolism. It observes the nature of human relationships and to what extent our past – or our recollections of it – affects them. Fracture tells the story of Yoshie Watanabe, a retired businessman who as a child survived both the Hiroshima and Nagasaki bombings, the latter being the town of his childhood. The novel begins with an urgently poetic description of Mr Watanabe’s experience of the third nuclear disaster of his life, Fukushima, this time as an adult living in Tokyo. Fukushima triggers, in both Mr Watanabe and the narrative, a delicately put together look back into the disasters suffered by his country and the indelible scars they left on him.

We learn about Mr Watanabe’s past through the voices of his lovers: Violet in Paris, Lorrie in New York, Mariela in Buenos Aires and Carmen in Madrid. A clever rendition of a man’s life at different stages and in different settings is unified by the ever-present sense of running away from (yet being drawn to) the past. A nomadic sense of belonging nowhere and everywhere all at once. Right from the start, Neuman’s elegant language illustrates a clear narrative of history repeating itself, of warning signs being perpetually ignored, of natural and artificial disasters recurring incessantly throughout the years – and a resulting resistance to accept, understand and learn from our past mistakes. On a personal level, Mr Watanabe seeks an ever-absconding understanding of what happened in Japan, and in the world, during those crucial last moments of War World II; an understanding of who the enemy was (the villains of his youth), Japan’s role, and whether the bombings could’ve been prevented, or whether history could’ve been different. He’s trapped in the past yet maintains an unhealthy distance from it. He regrets not having visited Nagasaki or Hiroshima shortly after the disaster, when he was taken to Tokyo to be brought up by his aunt and uncle after losing his whole family in the bombings.

“He had no sense of being ennobled by everything he’d experienced or lost. All he retained with brutal clarity, was the fear, the harm, the anger, the shame.”

The narratives delivered by Yoshie Watanabe’s lovers all seem like broken parts of a whole. Fitting together to tell his story, but never losing the brokenness of it, of him. Like Kintsugi, the Japanese art of mending pottery pieces with gold, Yoshie’s scars (both mental and physical) are displayed clearly. Through these memories, but particularly through Mariela’s, we see how Yoshie Watanabe’s experience of other cultures and languages changed him, his beliefs, and his attitude. Yoshie is excruciatingly aware of how languages change him, and the way others see him, he neither likes this nor detests it. The necessity to feel distance from Japan, from his culture and his past, to view it from afar but never far enough to lose sight of it governs his life. In an effort to not let his past hurt him; in an effort to not feel unforgettable pain, he ran away like a tireless fugitive letting the act of escaping affect him more than facing reality would’ve done.

Fracture is beautiful, sweeping and at times painfully humorous. It uncovers the cracks on collective memory, on history and – more subtly – our present. It displays these cracks for what they are, a sad yet unavoidably meaningful part of our past and hence our present. Like Kintsugi, it fills them with melted gold. This is a book to read slowly, to savour, to read more than once.

Fracture by Andrés Neuman, translated by Nick Caistor and Lorenza García, is published by Granta and available to purchase from Hive (UK) or Bookshop (US).