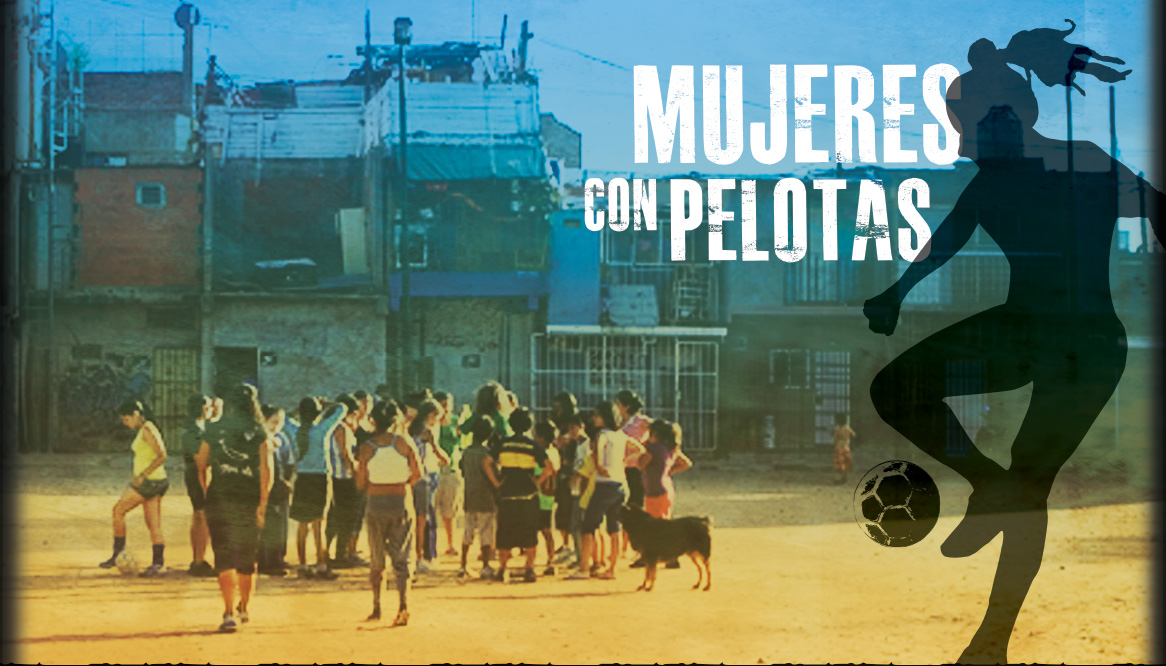 You’re probably finding there’s just not enough football on at the moment. But fear not, for the good people at Alborada Films will be screening new Argentinean documentary Goals for Girls (or Mujeres con Pelotas in its original title) this coming Saturday June 21st at Rich Mix in London. The film, directed by married couple Ginger Gentile and Gabriel Balanovsky, chronicles the formation of a female football team in the Villa 31 neighbourhood of Buenos Aires, one of the city’s poorest barrios. In a chauvinistic environment that often denies women’s status within the sport, players and coaches face discrimination, mockery and an utter lack of infrastructural support from local authorities.

When I attended the Buenos Aires Film Festival in April, there was a lot of buzz about Mujeres con Pelotas, which was well-recieved both at the festival and following its general release in early May. While I dearly wished to cover the film for S&C, a combination of scheduling and my own inept organisational abilities meant I missed one of the films at the top of my festival list. Those who did see it were full of praise, not only for the inspiring tale of people fighting to achieve their goals, but also for its pointed critiques of gender, prejudice and government neglect within certain areas of Argentinean society.

The screening, in association with Movimientos, is at 3pm on Saturday as part of the Joga Bola festival in celebration of the World Cup, and will include a Q&A session with US director Ginger Gentile, who has lived in Argentina for over a decade. This will be followed by live music from Nina Miranda and DJs, plus some seriously meaty World Cup tussles, including Argentina vs Iran and Ghana vs Germany. Take a lead from Portugal’s Pepe and stick your head in, although, unlike Pepe, you won’t be going home early.

Goals for Girls: A Story of Women with Balls