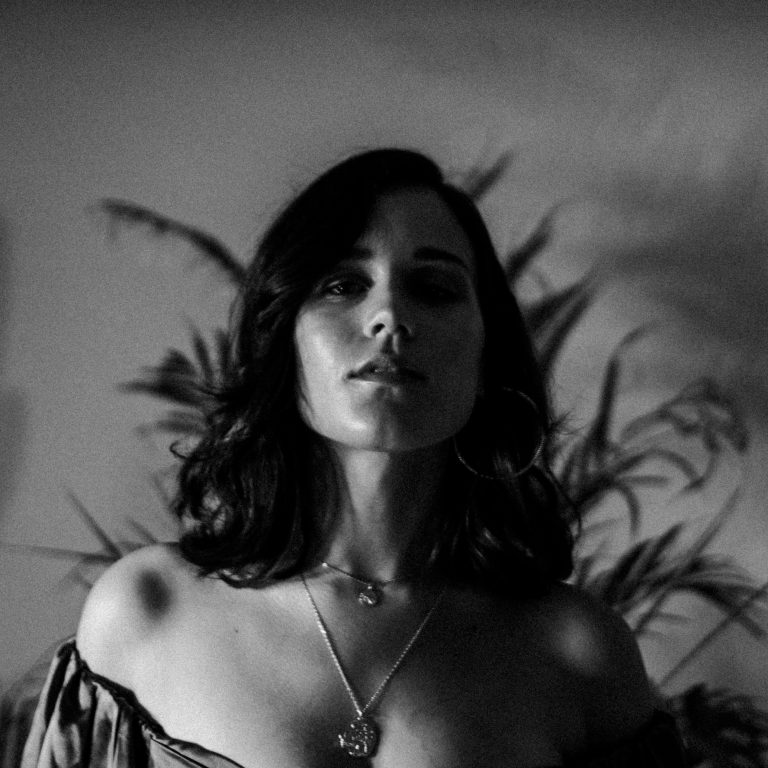 I Didn’t Grow Up in Argentina But I Feel Argentinean: An Interview with Malena Zavala

At three years of age Malena Zavala moved with her family from Resistencia in the north-eastern Chaco province of Argentina to Hemel Hempstead on the outskirts of London. Though the initial reason was for her father’s PhD scholarship a financial crisis back in Argentina meant that they remained in England, just making sporadic trips back to see family.

Growing up in a musical household, surrounded by the Spanish language and Latin culture, and with music that went from The Beatles to Buena Vista Social Club, Zavala developed a dual identity that she is set to explore further on her second album, due out next year, and which we can already hear on the first single, “En La Noche” [watch the video below the interview].

I spoke to Malena about these two sides of her identity (English and Argentine), what it feels like being called an “English girl” in Argentina and find out the stories behind her stirring self-produced and swiftly-written debut album Aliso. With Malena soon to be performing across the UK (she will be touring Nov 11-23 – see dates at the bottom) and with a hotly-anticipated Latin-flavoured album to come, it felt like the perform time to find out more about Malena and the search for her roots.

How close do you feel to your Argentine identity?

I feel really close. This is what my next album is about, because my parents kept the culture and kept the language in our house. That’s what I’m trying to address now. Even though I didn’t grow up in Argentina I feel like fully Argentinean. And I’m sure if I practiced Spanish there I would be fully Argentinean. Because of growing up with parents who didn’t have the same culture as what I was experiencing at school and in the world, I never felt like I belonged to England. And especially, the cultures are quite polar opposites. I feel like there are some similarities, Latinos are so open and all about socialising, there’s a massive support system, and everyone communicates their feelings and are very reactive and emotional. I feel England is a bit more reserved. I never felt comfortable with that.

Would you consider yourself to have a dual identity?

I’ve sort of come to terms with the fact that I sort of have my own identity. I’m not fully Argentinean and whenever I go there they call me the “English girl”. In England no-one’s that bothered about identity I guess. I’ve never had anyone be like “oh, the Argentinean girl”. I’ve sort of realised that I have a mix of both. There are sometimes where I treat situations in an English way and other situations in a Latino way.

Do you find it frustrating being called the “English girl” in Argentina?

Yeah, it’s so annoying! My dad’s friend was over from Argentina and – Argentineans are very sarcastic and constantly joking – he made a joke “Malena, were you born in Argentina?” And I was like “yeah” and he was like “then, why is your Spanish so bad?” and that pissed me off so much. I don’t live in Argentina! It’s harder for me to speak it all the time. And it was just really frustrating. I also have this inner struggle to speak in Spanish to my parents as well, which is really interesting because they’re the ones who taught me it but I speak to them in English and they speak to me in Spanish. But my boyfriend is like “you need to speak to them in Spanish” and there’s something so hard for me to do that, and I don’t know, I need to get over something.

But going back to being the “English girl” in Argentina, I also feel like there’s something that goes beyond language, that I can’t really describe in words. It’s just a feeling, a feeling deep down that’s like “this is my land, I am a part of this”. Even when I talk to Latinos out in Europe there’s just an instant connection of brotherhood or sisterhood that I can’t explain.

It’s also really weird because the whole of Latin America is a massive melting pot of nationalities. My heritage is mainly Italian, but also on my dad’s side is African and Brazilian and French and Paraguayan and there’s some indigenous tribe on my mum’s side. And everyone’s like that. There’s a connection with everyone, because we’re all from the same melting pot. But obviously there are different things to each country and everyone has their thing, but I feel like it’s all inter-linked in some way.

So this new album that you’re working on is this extra Latin influence coming from a feeling of being more connected to that side of your identity?

I feel like it needs to happen, figure out who I actually am and embrace my roots. I grew up listening to Buena Vista Social Club and all of these amazing musicians and different rhythms from Latin America yet I’m playing really Western bluesy guitar. Why don’t I be true to myself and explore it? And also I really want to start including more dance, as in writing more songs that make people dance. You listen to some Latino songs and you instantly want to dance and I think that’s really important and also really fun. I just want to do that sort of stuff, have a show where the audience comes and they have the time of their life.

Let’s go back to the beginning. When did you start making music?

Actually Aliso [her debut album] was the first 10 songs that I wrote. But I was making music for a really long time before that. Basically I was in a band before with my brother but he was the songwriter and he was sort of my teacher and he would teach me everything and I would sort of learn through watching him write and helping him with a few structural things but it wasn’t until Aliso that I was actually writing the songs. So, [I started writing songs] about three years ago, but I’ve been doing music since I was six, instrumentally. I played violin first, for about six years, but only got to grade two because I didn’t actually want to do it, and then I got into the guitar when I was 15 and signing was always my thing.

Did you have a musical house growing up?

What it was, was my dad was a music lover so he would play a lot of music. He’s got shelves and shelves of CDs and so he would play us music from all around the world, especially a lot of Latino stuff, and that’s where it came from.

[He had] a lot of The Beatles, Pink Floyd, I mean in Argentina, Latino Americans are really into rock, punk. I listened to a lot of indigenous folk, that was cool, but mainly heard a lot of Cuban and Colombian music.

When you started writing your own music was it your intention to make the songs to perform, to play for other people?

No, I was basically in a really low place. I’d gone through this break-up the year before and also my brother left England to live in L.A., so I was suddenly with no band and no direction so there was a moment for me of, “okay, I’m at rock bottom, I need to prove my worth to myself”. I didn’t have a lot of self-esteem so I basically spent the whole summer of 2016 just obsessed with learning how to produce and songwriting, and I was just making music for myself. I was like I’m just going to make music that I like listening to and then six months later, I had an album. And then I was like okay, I’ll put it on Bandcamp. But I didn’t put it on because I showed my manager from my old band and he said “we’re not putting this on Bandcamp.” He wanted to do a proper thing with it.

The album is named after Aliso Viejo in L.A. [where Malena started writing the album and where her brother lived]. Is that Aliso on the cover of the album too?

That’s a photo of my hometown in Argentina. So what’s cool as well is that there’s a plant called Aliso that grows a lot in Resistencia. It’s all connected.

Watch “En La Noche”, the first single off Malena’s second album, a track which clearly shows her exploration of ‘musica bailable’ while also staying true to the musical aesthetics that made her debut such a delight.