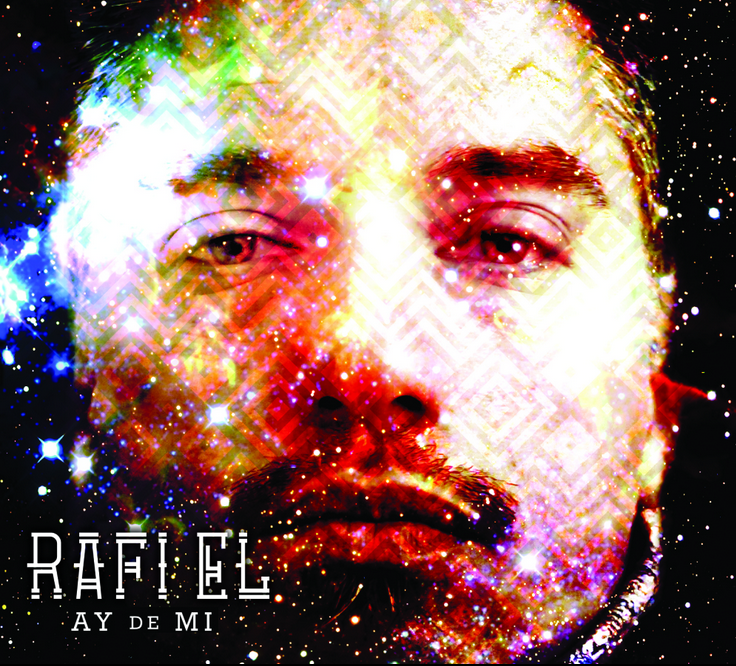 New York tropical label, Dutty Artz, has released a new record by a Los Angeles, Calif., -based artist and it is a thoroughly creative offering.

“Ay De Mi” is the full-length debut by Rafi eL. It builds on electronic and tropical rhythms, layering them with a unique songwriting vision, in which Spanish collides with English, exuberance alternates with reflection, and South American folk traditions merge with heavy dancefloor love.

In this record, Rafi eL raps and sings, weaving “an immigrant’s tale of searching for connection in a fragmented city, and finding release in the delirious dance… It’s the sound of Los Angeles today.”

The first single off the album, “Senda,” is my favorite. Its lyrics are like a much needed zen meditation getaway:

So who is this Rafi eL?

Born in Israel, then raised in Los Angeles by Argentine-Jewish parents, Rafi eL’s music gained form in Los Angeles’ simmering pan-Latino communities, drawing in equal parts from the raw grit of backyard cumbias and the synthy exuberance of “hyphy” rap. But it was a trip to Latin America – via the experience of hearing an Ayuahasca shaman playing songs on a charango – that transported Rafi back to the music of the Andes, the music that borders his parents’ old home in Argentina. Zeroing in on this musical inspiration, he moved towards the music of his ancestral roots, wrapping his distinctive voice around a unique production style where hard-driving electronic beats share space with acoustic, folkloric instruments.

He then teamed up with Dutty Artz and began releasing a string of free singles and covers in 2013. They included a Spanish-language remake of Dr. Dre’s “What’s the Difference” (re-imagining the Cali classic as a bilingual border-crossing anthem), an EP of remixes based off his infectious Tra Ba rhythm, and Siempre Quiero Más, a Spanish rework of Depeche Mode’s “Just Can’t Get Enough” which bounces joyously over minimal 808 kicks and reggaeton claps.

Rafi eL has an activist side, as he performed at a protest earlier this week at an annual shareholders meeting of the Monsanto Company, a leading producer of genetically engineered (GE) seed and of the herbicide glyphosate.

Check out the video for “Senda” below. Directed by Edson Amaya, it has a castaway theme, in which Rafi is coughed up by the ocean onto a deserted island. Watching it is like a zen meditation getaway in itself.

Make sure the grab the album, “Ay De Mi,” via Dutty Artz.