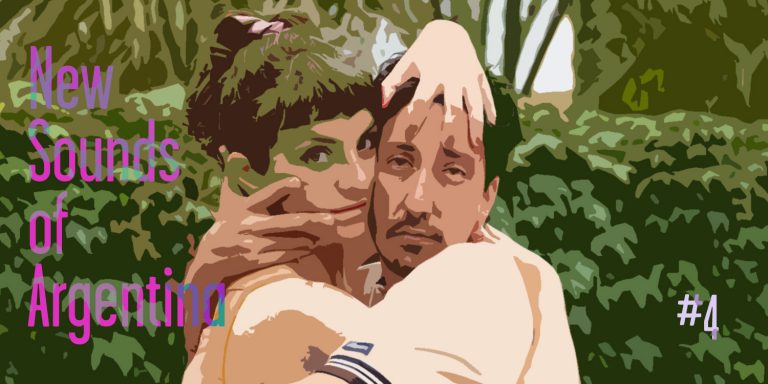 Here, in Argentina, we are in the middle of the summer. People are enjoying the benefits of life outdoors. Fortunately, our Argentine musicians continue to create and share new sounds to accompany us in the plazas, beaches, mountains and all the spaces that allow us to relax our minds and enjoy these warmer and longer days.

Below, you will find reviews of five of the featured songs of our selection.

Lorena Astudillo has been exploring Argentine folklore for more than 20 years, as well as different Latin American rhythms. Her last track, “La Tiburona”, develops catchy Colombian cumbia rhythms in which she once again stands out for her impressive voice and interpretation. The song is inspired by the sharks that have to swim since the first moment of their birth because if they don’t move, they die. The single is part of her last and seventh album Crisálida. On the album, she explores topics relating to freedom, transformation and learning to face the issues of life.

“Ojos del Planeta”, the new song from Manu Hattom and Julieta Zylberberg brings us some new indie pop sounds with a fast-paced and optimistic melody. The lyrics are related to the kind of love at first sight that it is impossible to forget. Hattom is a songwriter from the western zone of Buenos Aires and Zylberberg is a well known Argentine actress who has officially debuted as a singer with this song. The single was created during the 2020 quarantine and, for this reason, it was composed at distance.

Bestia Música are a musical duo featuring Vero Gerez (voice, ukulele) and Paloma Iturri (voice and piano).  On this track, their vocal arrangements allow for a fresh and youthful melody to stand out. An increase in rhythm and a change in the vocals allow the song to gradually become more visceral without ever losing a sense of fun or lightness.

Together, Natalia Bazán, Nicolás Reverso and Agustín Alfonso are La Runfla Rioplatense, a young and talented musical trio from the western zone of Buenos Aires. They play tangos, candombes, murgas and their own songs steeped in the culture of Rio de la Plata. This song, composed by guitarist Reverso, creates a familiar and popular melody that reminds us of Cuban bolero and fits perfectly with the heartfelt interpretation of their singer Natalia Bazán. “Lo Que el Viento se Llevó” is the last single to come from their debut album Pa’ Que Canten les Muchaches.

This song, from composer and singer Emilia Inclán, is part of her last EP Trinchera. The drums, bass and synths surround Emilia’s melodic voice and create an urban environment which has a close link with the solo sounds of legendary Argentine composer Charly García, typical of Argentine rock.

Despite being composed at the end of 2019, the lyrics of this song could be related to the pandemic period. In fact, the video clip shows images from this time that refer to a social isolated style of life.