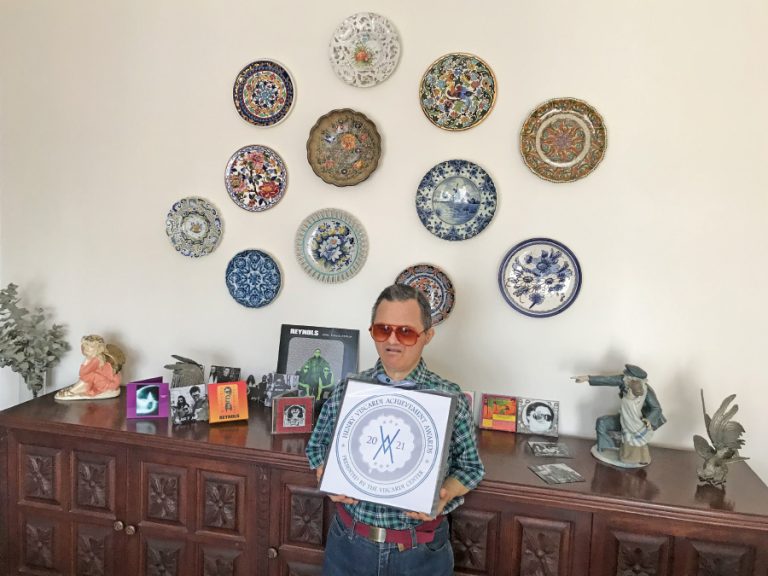 Two tremendous things have happened in the world of Argentine experimentalists Reynols. Firstly, their new record, Vol. 2 of their collaboration with Japanese psychonauts Acid Mothers Temple (a collaboration which has seen them collectively rechristened Acid Mothers Reynols), has actually arrived from the pressing plant way ahead of schedule. Which means that the release schedule has been moved spectacularly forward. Following all the delays in vinyl this really is out of the ordinary.

However, perhaps the more remarkable news is the fact that their drummer Miguel Tomasín has been awarded the 2021 Henry Viscardi Achievement Award by The Viscardi Center (USA). This is an award that has been given out every year since 2013 to disabled people who have made an exceptional contribution to society. In the case of Tomasín, who was born with Down’s Syndrome, it’s for his contribution to music, having been drummer and vocalist with Reynols since they formed in the early 90s, appearing in hundreds of records that the group have released in its lifetime.

Their latest, Vol. 2, as members of Acid Mothers Reynols, is released by Hive Mind Records and available from Bandcamp and elsewhere.

The recent Looking For Reynols documentary about the band is available to watch online.