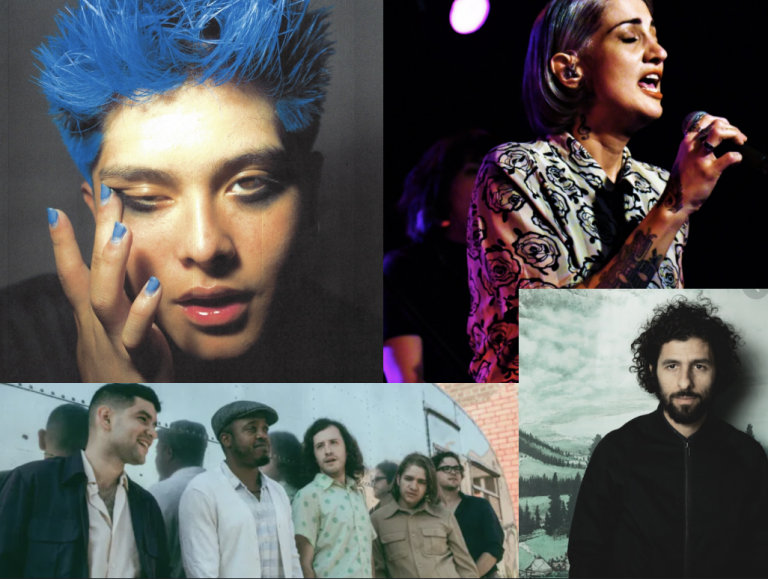 So. Much. Going. On. It’s how many of us have felt for a while now, what with everything (makes gesture at the smart phone logged into Twitter) going on.

Why not unwind with chill music? We’ve got some nice selections for you below.

We first heard Araya’s music while sipping on some wine at a friend’s apartment on a late Sunday afternoon. The Brooklyn-based Thai/Ecuadorian’s whole musical style epitomizes a chill Sunday, and we were more blown away when finding out the music video for the track, “Color Palette,” was his submission for his senior thesis.

As reported by Fred Sahai in Paper magazine:

Before fully committing to music, the New York native was a full time student at FIT, studying exhibition design. It’s through his senior thesis that he ended up conceiving his entire promotional and artistic rollout. So when the pandemic hit in March and classes went online, rather than presenting his project through Zoom, Araya executed for real.

“It’s a boasty song, I’m like, ‘I’ve been designing, do you see my color palettes?'” he shares.

Watch the video for “Color Palette” below and listen to more of the 22-year-old’s offerings, including his new album Atlas, on Spotify.

Singer-songwriter-guitarist José González, who is Swedish with Argentine roots, premiered his first new song in more than five years some weeks ago and it’s his first in Spanish.

González, who is also a member of the band, Junip, credits his young daughter with helping him during the writing process.

“Every now and then I try to write lyrics in Spanish – this time I succeeded! I guess talking to Laura in Spanish every day helped,” he said in a press release. “I started writing ‘El Invento’ around 2017 when she was born. The song is about the questions – who we are, where we’re going and why? Whom can we thank for our existence? Historically, most traditions have invented answers to these questions. Thereof the name of the song: The Invention (god).”

Watch the video to the serene song below.

Durand Jones and the Indications are an American soul music group from Bloomington, Indiana, that has been a mainstay on the lists of tastemakers for a while now. Here, they’ve teamed up with Y La Bamba, the eclectic indie folk pop band from Portland, Oregon, lead by Mexican-American singer-songwriter Luz Elena Mendoza, for a bilingual rendition of their song, “Cruisin to the Park.”

“Cruisin to the Parque” contains a Spanish language verse sang by Mendoza in her signature raspy voice. The collab is no doubt a result of the two bands spending time on the road in 2020, pre-COVID pandemic, of course.

Longtime friend of Sounds and Colours, Geko Jones slid into our DMs and told us he’s been on a serious bolero/soul tip and shared “Crooners & Spooners,” a delicious playlist of songs to spoon to while singers croon away.

The more than three hours long playlist leads off with one of our favorite Puerto Rican crooners, Angel Canales, and goes down a variety of great tunes by Joe Bataan, Ìfé, Ralfi Pagan, Nina Simone, The Dynamics, and much, much, more. Enjoy!