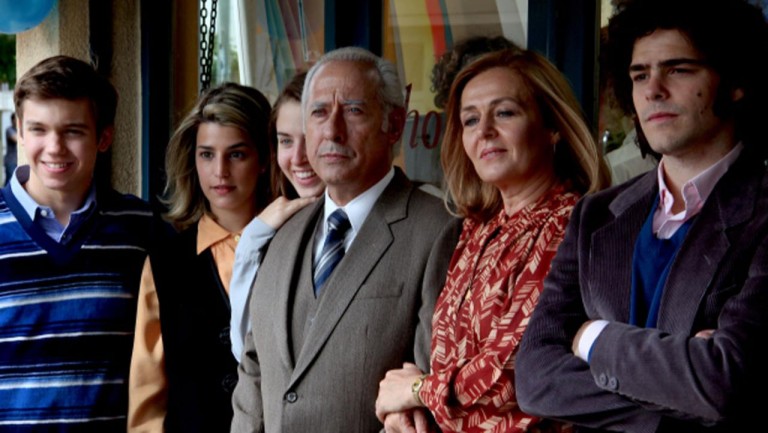 Pablo Trapero’s The Clan is based on the true crime story of the Puccio family who kidnapped and killed a number of people in Argentina during the 1980s, a period of significant political transitions. The father, Arquímedes Puccio (Guillermo Francella) is the head of the family and the main organizer of the crimes. His house is not just a place of conspiracy, in which he gathers mystically with his partners, but also a den, in which he hides and tortures his victims.

There is a strong feeling of greediness and cruelty that is dominant in the Puccio family, and it’s particularly evident in Arquímedes. But apart from that, we witness a strong sense of tacit consent throughout the film. This is present within the upper circles of society, with the state officials covering up Puccio’s criminal action, but also within the family itself. It is incredibly wondrous how Arquímedes’ wife and younger children constantly ignore the horrific screams coming from the basement of the house and the suspicious gatherings of the father’s mysterious friends.

There is a parallel line and interconnection between the military dictatorship of Argentina and the Puccio clan. The film starts with archival footage of Raúl Ricardo Alfonsín, the first Argentinian president elected after the military junta that ruled the country from 1976 to 1983. From Alfonsín, who conducted a thorough investigation on the disappeared people during the black years of the military dictatorship, we are transferred to the Puccio family, who were responsible for kidnapping and killing innocent civilians. After that, we have a flashback to three years before, with archival footage of Leopoldo Galtieri, the last dictator of the Argentinian junta. We can see how the criminal action of the Puccio family was conveniently developed during the years of the military junta. However, it took a while – almost two years – for the democratic government to get rid of the old corrupted mechanisms and take down the Puccio family.

The extraordinary performances add much to the film, with Guillermo Francella’s cold and frigid behaviour shocking and disturbing the audience. It is difficult for the viewers to sympathize with any of the main characters. Although the camera often follows Alejandro (Peter Lanzani), the oldest son of the family, the upcoming rugby star, it is quite difficult for the audience to identify with him. His character swings between active involvement in his father’s crimes and minimal reaction to them. However, a bunch of dollars offered to him by his father, quickly buy off his guilty conscience. It is only at the very end of the film when Alejandro actually confronts his father and attempts to punish him with the worst torture, his own suicide. The only character who goes against the family rules is the youngest son, Guillermo (Franco Masini), who leaves for a football tour and never returns, terrified that the nemesis is coming.

Scenes of violence are often accompanied by the cheerful rhythm of the soundtrack, including songs such as “Wadu Wadu” from the Argentinian band Virus, The Kinks’ “Sunny Afternoon” and The Ink Spots’ “Into Each Life Some Rain Must Fall”. This creates a sense of irony and brutality, but also adds a more Hollywood style to the film.

The Clan offers a vivid representation of the true story of the patriarchal Puccio family, placing it in its political and social context. Winner of the Silver Lion at the Venice Film Festival last year, The Clan is definitely an exciting exploration of the limits of human cruelty and its tolerance within the family and society.