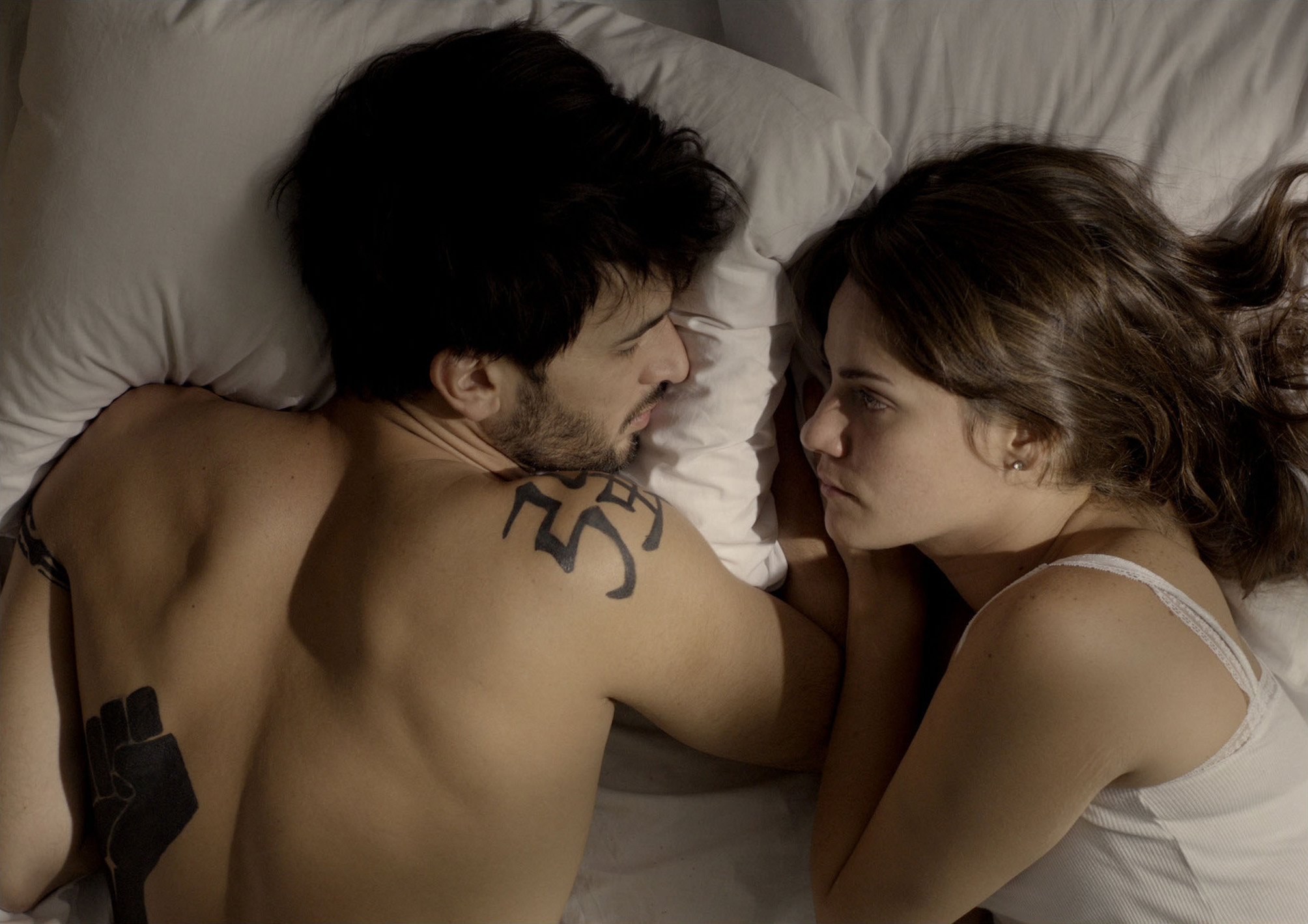 Juan Schnitman’s debut film El Incendio is a gritty and intense portrait of a relationship under severe strain. The film depicts a day in the life of Lucia and Marcelo, a young couple living in Buenos Aires, in the run up to signing the contract for their new flat. When their planned exchange fails, Lucia and Marcelo are left with their deposit of thousands of dollars in cash to look after: a highly stressful undertaking in the crime-ridden Argentine capital. The money takes a central role in the drama that ensues, revealing the issues of trust, violence and deep-rooted financial insecurities that plague the relationship. The film builds in tension and intensity as their relationship spirals towards meltdown, without a moment of light-hearted relief.

Pilar Gamboa gives a terrific performance as Lucia, endowing her character with such striking complexities and contradictions. Despite coming from a comfortable middle class background, Lucia works hard to earn her living as a chef in a highly stressful and machista environment. After her emotional outburst at the doctors, the camera focuses frequently on her sullen presence, and we are encouraged to view the events from her perspective.

Marcelo, played by Juan Barberini, is an enigmatic character. Perhaps a somewhat 2D portrayal of the stereotypical male, Marcelo bottles up his troubles, revealing very little to either Lucia or his family, and is prone to violent outbursts. His teaching job is on the line after being accused of violence towards a pupil at school, yet he wears this burden in silence.

Gender roles at times seem exaggerated – the man unable to express himself emotionally, resentful of his girlfriend’s wealth, prone to violent outbursts; the woman hysterical, suspicious and indecisive. Yet there is more than meets the eye. Lucia and Marcelo seem to play up to their own roles as ‘victimiser’ and ‘victim’ as a form of sadistic role play, with power relations constantly shifting. The sexual tension throughout the film culminates in a particularly disturbing sex scene, which reveals much of the protagonists’ inner psyches.

The action focuses incessantly on the internal lives of the two protagonists, giving only fleeting hints at their lives in the outside world. We are left wanting more context and answers. What was the truth about Marcelo’s alleged violence at school? What illness is Lucia hiding? How does she cope with the stress and sexism at work? How are the protagonists’ relationships with their families? It is suggested that their relationship is deeply affected by these circumstances, yet they are left undiscussed by the couple, and the viewer can only hypothesise.

After such a tumultuous 24 hours, the ending of El Incendio is rather an anticlimax. Much is left unresolved, buried for future ammunition. But yet it is all the more realistic this way. Love, hate and fear of loss intertwine seamlessly in the myriad of emotions that comprise Marcelo and Lucia’s relationship, like so many others, leaving the ‘whys’ without a rational response.

The film’s low-budget production and hand-held camera filming style lends the film a great degree of realism, giving us a window into the troubled internal world of the protagonists, although at times scenes appear somewhat unedited. Some elements, such as the gun, seemed overemphasised whilst others are skirted over. But on the whole El Incendio is a powerful and gripping portrayal of everyday anguish, certainly a promising start from director Juan Shnitman.

El Incendio is showing as part of the Argentine Film Festival of London (26th-29th November 2015).