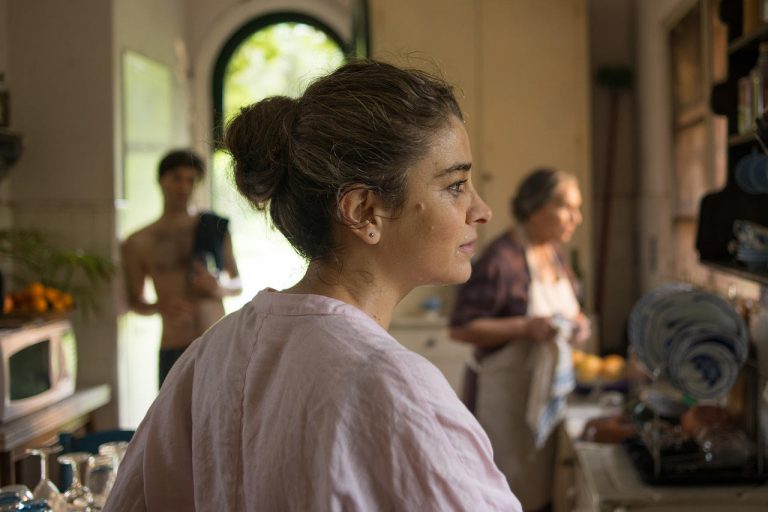 ‘The Sleepwalkers’: Female Resilience at the Centre of an Argentinian Family Drama

Drawing a metaphoric parallel with Argentina’s widespread rite of drinking mate, The Sleepwalkers (Los Sonámbulos, 2019), directed by Paula Hernández, can be described as a beautifully crafted kettle that steadily heats up until it boils in a strident climax.

The country’s submission for Best International Feature Film at the 2021 Academy Awards portrays an archetypical middle class family that gathers to celebrate New Year in a remote country home belonging to the family’s grandmother. Despite her lack of enthusiasm, Ana (Ornella D’Elía) agrees to join her mother and father, Luisa (Érica Rivas) and Emilio (Luis Ziembrowski), in the reunion hosted by Memé (Marilú Marini). Ana’s uncle and aunt, Sergio (Daniel Hendler) and Inés (Valeria Lois), along with his young children and her baby girl, are also present. But the unexpected visit of Sergio’s eldest son, Alejo (Rafael Federman), triggers a series of events that eventually push her, and the family, close to the edge.

Alejo’s first appearance is surrounded by mystery and a scarce context. Long years absence and an attractive personality make him an appealing addition to the group. When he arrives at the house, his silhouette is presented out of focus while the camera centres on Ana and her reaction. Although she seems indifferent at first, Ana and Alejo soon start spending time together. Between conversations and new experiences, she grows an increased interest for her cousin while struggling with her own coming-of-age. Meanwhile, Luisa also finds herself at an emotional crossroads. She is an outsider on different fronts: to the family, where she does not feel welcomed by her mother-in-law; to Emilio, taking part in a marriage that makes her feel trapped; and to Ana, who seems to constantly push her away This mother-daughter relationship at the core of the film evolves from the opening scene, which symbolically depicts them apart, to the very last one, in which critical circumstances foster a much needed reencounter.

Although the film’s title refers to the somnambulism that runs in the family, a peculiar condition that fits perfectly well in the suggestive climate of the film, it also points out to the state of lethargy in which many of their members are subsumed.

These tensions, as well as other latent family conflicts like Memé’s plans for selling the house or Inés’s concerns about her baby, create an oppressive atmosphere conveyed by the exhaustive use of close-up shots. These are only interrupted by sporadic long shots that provide the spectator with occasional breaths. Although the film’s title refers to the somnambulism that runs in the family, a peculiar condition that fits perfectly well in the suggestive climate of the film, it also points out to the state of lethargy in which many of their members are subsumed. Overall, the slow, steady, almost hypnotising pace of The Sleepwalkers foreshadows Ana and Luisa’s abrupt awakening in the end, which forces them to confront their insecurities and fears.

Female performances, ranging from Rivas’ soberness and D’Elias’ freshness, to Marini’s stridence and Lois’ authenticity, bring together three generations of Argentine actresses composing equally vibrant and earnest characters. Under Hernández’s direction, this story turns into a complex, deeply sensitive exploration of individual and family boundaries which revolves around female resilience and its power to harness both internal and external change.

Find out more about the films shortlisted for the 2021 Oscars here.