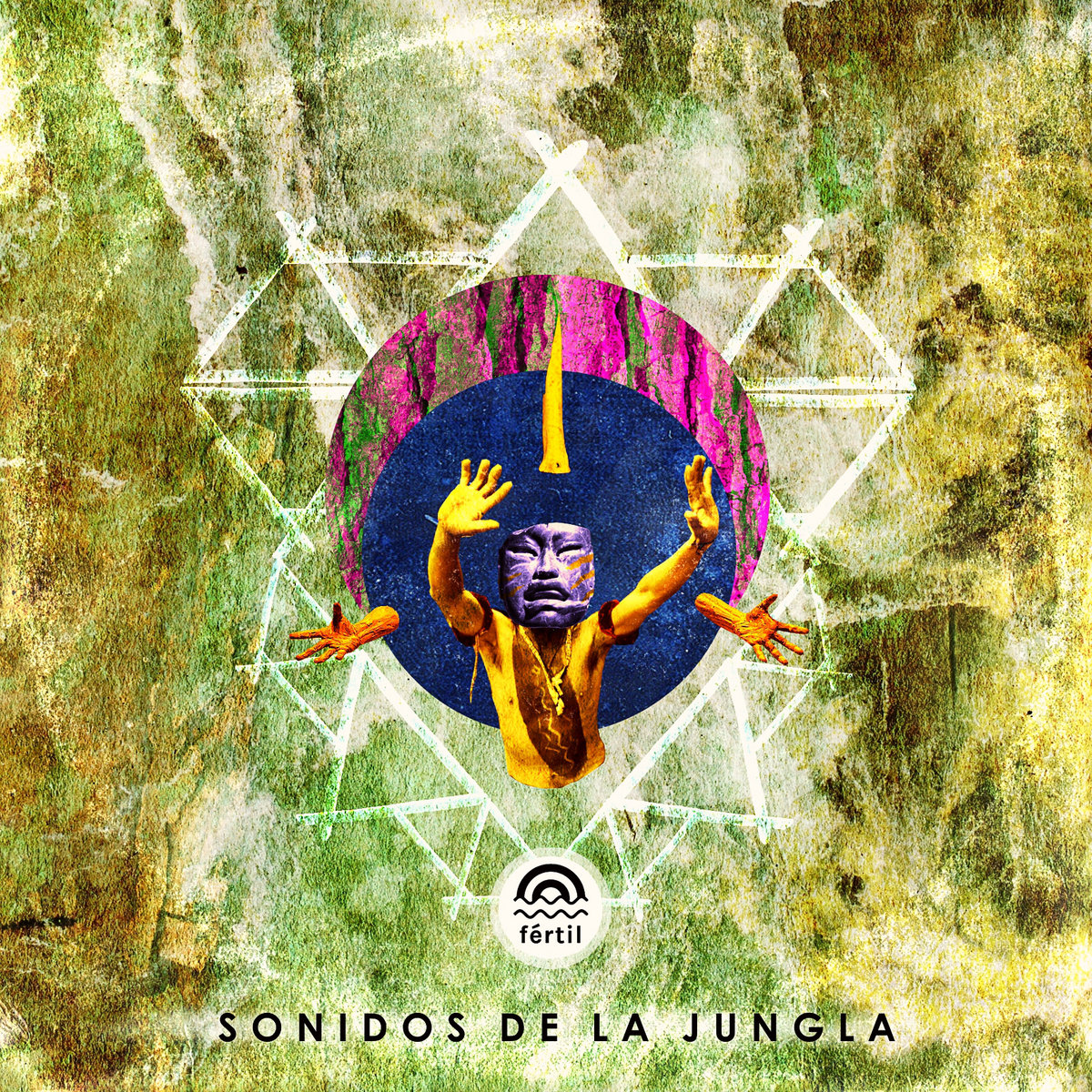 Compilation albums are the selection boxes of music. Some stuff you pick out immediately, some stuff you very definitely leave to one side, and most of it falls in the middle, a medley of different tastes that can go either way. Nevertheless, you’re usually left with an appreciative sense of satisfaction that maybe, just maybe, could do with a little more depth. The latest compilation effort by Argentine based platform Fertil Discos, Sonidos De La Jungla sets its tastes in the increasingly innovative world of Latin American electronica.

As the name suggests, this is a sound where the verdant harmonies of the jungle take centre stage. Rare birds chirp behind the mellowed out simplicity of Cero39’s “Suamox”, whilst the haunting vocals that open Lulacruza’s “Arpa Iris” seem to drift in and out of sync with the warbling sounds of the avian fauna, as if born of the forest in which they nest. One of my growing observations of Latin American electronica is the proliferance of producers who are open to allowing the natural symphony of their continent to quite openly influence their work. If the sounds of a bleary eyed 4am stop to McDonalds is the fuel for Burials output, then this album proves that the creative compass can just as easily be pointed towards the earthy sounds of the environment. El Remolón’s Selva and Circuito’s Amansara are two other wonderful examples of the trend.

It’s a risky move, mixing electronic with sounds that could become cliched, and in some places, the mix seems a little forced. BeatFunk’s “Pajaros” seems to be a fairly unadventurous electronic track with token bird sounds clumsily tacked on after, and you get the sense that the artist hasn’t truly grasped how to seamlessly incorporate his own beats within the cadence of the natural sound. Ntx.Bee’s “La Casa Guarani“, however, as the stand out effort of the album in my opinion, is the representation of everything the album seeks to achieve. Carefully sampled and sparsely sprinkled throughout with sounds that remind you this is very much the work of a Latin American artist with his ear tuned to the potential of listening to the jungle. Jin Yerei’s “Amazonia ’78” is a beautiful down-tempo piece layered up with a carefully curated ear.

Sonidos De La Jungla is an intriguing collection of music. It’s a cross-continental sampling that is a wonderful introduction to this particular blend of electronica. Gentle cumbia, folky reworkings set to synthesized beats and well crafted inclusion of the musical potential of Latin American biodiversity prove that it’s a niche that still has some miles left to explored. When it’s done well, it’s a stand alone testament to the richness of the scene and a delightful homage to the animal life that give the continent a cross-border wealth.