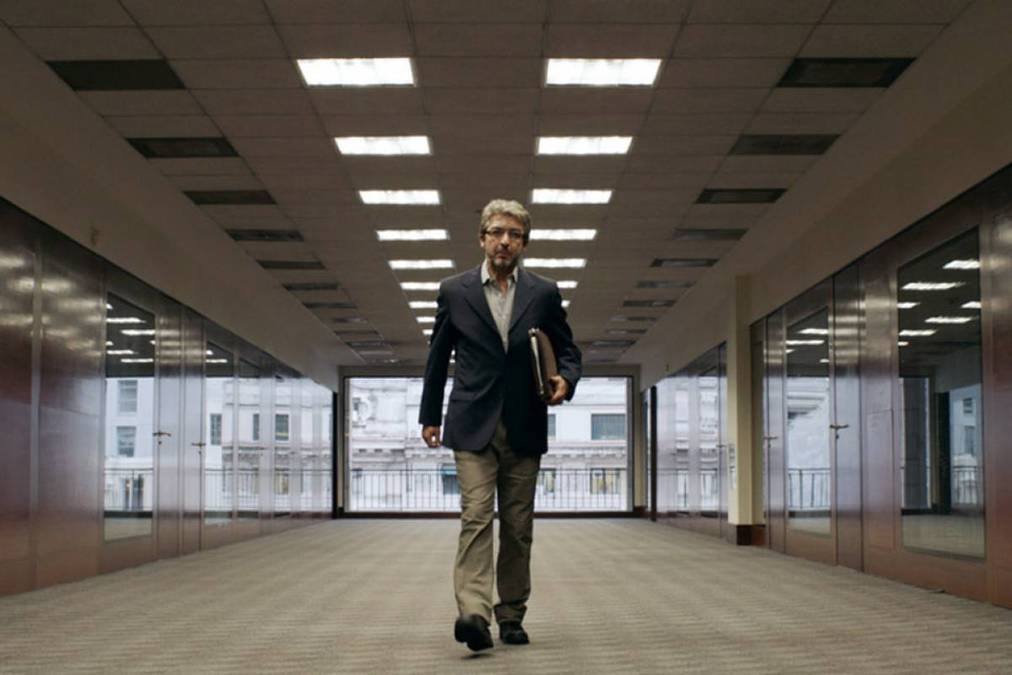 The fourth chapter of Damián Szifron’s Wild Tales (Relatos Salvajes) opens with the light of a head torch. Argentinian megastar Ricardo Darín is an explosives expert working on the demolition of one of Buenos Aires’ many defunct factories on the Río de La Plata. The setting is cramped, the camera sits close to his face as he inserts dynamite into the foundations of the building. Moments later we’re on a whole different scale as we watch the building collapse like dominoes, viewed from afar in the capital’s brilliant morning sunshine. It’s a spectacular opening and a wholly typical demonstration of Szifron’s extraordinary ability to take the film’s narratives from the normal moments of the characters’ lives on wild trajectories past the ridiculous and into the sublime.

Szifrón’s previous work includes television series and stand-alone short films and this tradition reveals itself in his masterful handling of the six chapters that make up Wild Tales. The term ‘chapters’, is used loosely. Thematically, there is little to connect these pieces beyond their exploration of control and revenge. That said, they sit together wonderfully thanks to the pattern of plot development that Szifrón follows. The films begin with scenes of normality, at times monotony: a woman boarding a plane, a waitress working in a roadside café, a man driving through the Salta countryside, Darín working in the basement, a car pulling into a driveway and a wedding. What follows, however, are mad sequences that progress into hysteria before relaxing into resolutions dripping with dark irony. Corruption, lies, illicit affairs, piss and shit, rat poison… Wild Tales has all the ingredients for a master-class in indulgence, but it avoids the Tarantino descent into crass tedium by reinventing itself time and again. By the beginning of the third or fourth film it’s pure delight as you wait to see in which extraordinary direction Szifrón will take you from ordinary circumstances.

The performances match up to the strength of the direction. Ricardo Darín is back to form after the Liam Neeson-esque disaster of Séptimo, but the star of the show is Érica Rivas, the bride in the final chapter of the film. From wedding-day euphoria to heartbroken despair to despotic power it’s impossible to take your eyes off her. Rita Cortese is also wonderful as a kitchen assistant in the second chapter, her psychopathic revenge plots are at once disturbing and hilarious. Gustavo Santaolalla’s (On The Road, Biutiful, Brokeback Mountain) score is also fantastic, with spaghetti-western guitars that swagger in and out of the film alongside Bobby Womack’s great rendition of “Fly Me To the Moon” (below).

But to pinpoint the key to the success of this film, it is perhaps necessary to look to the producers of the film, those old masters of dark comedy in the presence of the Almodovar brothers. The Spanish duo have long been making feature length films with the over-the-top characters, in your face visuals and deliciously dark comedy that pervades Wild Tales. Yet crucially their films retain a subtlety that helps their style survive over 90 minutes. Their touch is clear in Wild Tales, despite a running time over two hours, the film passes in a flash.

Already the most successful film in Argentinian history, Wild Tales is an instant classic.

Wild Tales is showing at this year’s Argentine Film Festival