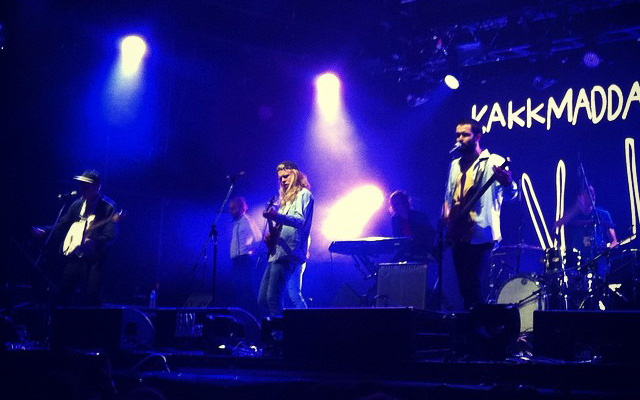 Buenos Aires was pulsating with music festivals this November, and porteños’ (as Buenos Aires natives are called) wallets are still recovering. Large international music festivals have been making their way across Latin America in the last few years, and this November felt like the culmination of all of them in Argentina. It included Personal Fest, Creamfields, and the new Music Wins Festival. During these few weeks, Scandinavian bands stole the shows, young Argentines showed off their hip alternative fashion, and I learned a few tips about how to survive an international music festival in Buenos Aires.

International music festivals are not new in Buenos Aires, but they are gaining momentum and new ones are being implemented every year. Creamfields, the offshoot of the British electronic dance music festival, has been held in Buenos Aires since 2001, and Personal Fest, a rock festival sponsored by the Argentine phone company, was celebrating their tenth year anniversary this year. Lollapalooza first came to South America in Chile in 2011 and then expanded to Argentina only this past year. Music Wins Festival was brand new this year, and gears towards more indie and alternative bands. It was a lot to take in, so to make it easier for readers I’ve divided my review into wins, losses, and tips. I’ll admit I didn’t make it to Creamfields (scheduling problems, as I’ll talk about earlier), but I’ve included as much as I could about all of the events.

That’s it for this season of festivals in Buenos Aires. Porteños now have the holiday summer season to recover and start saving again for Lollapalooza in March. Hopefully the different festivals can continue to learn from each other about what works and what doesn’t work as more festivals gain a foothold in the country. Luckily it looks as though the momentum isn’t going to decline, and will only increase in the next few years.