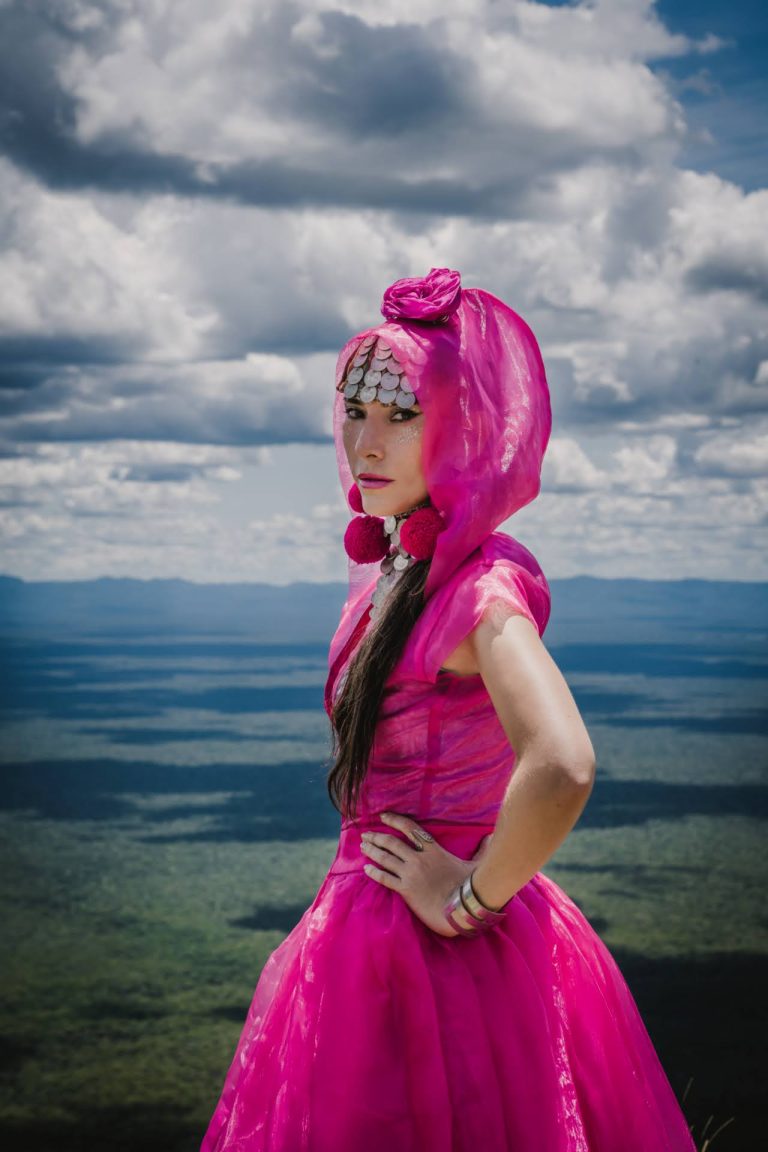 TIMPANA Takes Us On A Journey Within; New Album ‘Gwandena’ Out Today

Ale Lanza started working on her new album, Gwandena, five years ago. It’s the first album she has recorded as the chief component of TIMPANA, a Bolivian project interested in musical traditions and spiritual beliefs from across their country, taking inspiration equally from the Andes, the Altiplano, the semitropical Gran Chaco and the Amazon basin.

Gwandena ambitiously tells the story of a young girl, Talina, who is thrust into a journey of self-knowledge, meeting versions of herself and her ancestors along the way, never truly knowing whether what she is experiencing is a reality or a dream. Musically, the album pulls together electronic elements with Andean and Amazonian instrumentation, all united by Ale’s glorious vocals.

The album is our latest release on Sounds and Colours. It’s an album that we fell in love with as soon as we heard it. Not many albums can go from the Andean folk rock of “Jovi”, through the almost techno, pulsating rhythm of “Amayu” and end on one of the most beautiful songs we’ve ever heard, the weightless “Espejo” which showcase Ale’s incredible voice, rising from a whisper to a raw wail of passion.

You can listen to Gwandena below:

Ale was not alone in the making of this album. At her side was fellow Bolivian Chuntu, in charge of the album’s production, as well as musicians Luciel Izumi, Cucó Pachá Kutí, Miguel Crespo and Amado Espinoza, collectively responsible for the Andean, African and Amazonian instruments featured throughout the album. Also important has been the creative collective Primavera Anónima in collaborating and raising the profile of this release; they are working to raise funds for digital health projects in La Paz.

Gwandena is available from Bandcamp and all the usual digital platforms.

One final thing, please check out the brand new video for “Gwandena”, the album’s title track below: