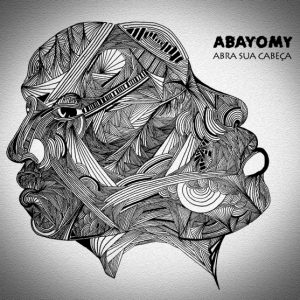 The 13 or so musicians who make up the Abayomy Afrobeat Orchestra’s dizzying array of saxophones, brass, keyboard and percussion first met back in 2009 when they assembled for a gig at the inaugural Fela Day in Rio de Janeiro (an annual celebration in tribute to Nigerian Afrobeat king, Fela Kuti). United by their love for afrobeat, they decided to join forces, selecting a name that lends a clue to their convergence. Abayomy means ‘chance encounter’ in Yoruba and since this incidental meeting in Rio, the band have made it their mission to establish the legacy of Kuti and his contemporaries in Brazilian music and culture.

Their debut release, Abayomy, was recorded live in four nights back in 2012 and features hit tracks such as “Eru” and “Malunguinho”. Now the group has released their second album Abra Sua Cabeça (Open Your Mind), released early this year, with an aim, once again, of stamping their authority on Brazil’s emerging afrobeat scene.

The overarching sound from this release is the spirited horns-rich, funk-infused style we have come to expect from Abayomy. This is served from the outset as the first track, “Abra Sua Cabeça”, opens with a recording of drummer Tony Allen reminiscing over Fela Kuti (“Fela sang all, he sang everything, he sang past, present and future all at the same time…”) before heading down a road of lively polyrhythms and wind section playing call-and-response in anticipation of a wild saxophone solo.

Yet, more so on this album and in keeping with the title, the band invites its listeners to contend with an unconfined style of afrobeat formed of a mix of genres and sub-genres. With their second track “Mundo Sem Memoria”, the band successfully blend afrobeat with the hallmarks of progressive rock. A thumping bassline and striking electric guitar chords layered with short, sharp bursts on the horns form an intro that wouldn’t sound out of place on a Deep Purple album.

“Sensitiva” arrives in the middle of the release as an interlude to the energy of the other tracks. Ethereal vocals float above a samba-reggae-tinged instrumental. The tempo is reduced, the rhythms are toned down and the wind section, joined by a flute, is now purring.

Whilst “Oya Oya!” arguably has the most traditionally Latin feel to it with its salsa-fuelled rhythm sequences and periodic stabs on the horns, “Com Quem” draws on another strand of the African diaspora in Brazil; funk carioca, characterized by the archetypal percussive loop that kick starts the song and runs through out.

The band has come a long way since starting out playing Fela Kuti covers in the early days of their formation. They can now boast collaborations with several of afrobeat’s big players including Kuti’s guitarist Oghene Kogboele, Kuti’s artwork designer, Lemi Ghariokwu, as well as Tony Allen. Allen’s second inclusion on the album for the track aptly named “Tony Relax”, in which he drives the song with his seamless drumming, serves as another reminder of Abayomy’s status as a respected forerunner of Brazilian afrobeat.

Listen to the full album below: