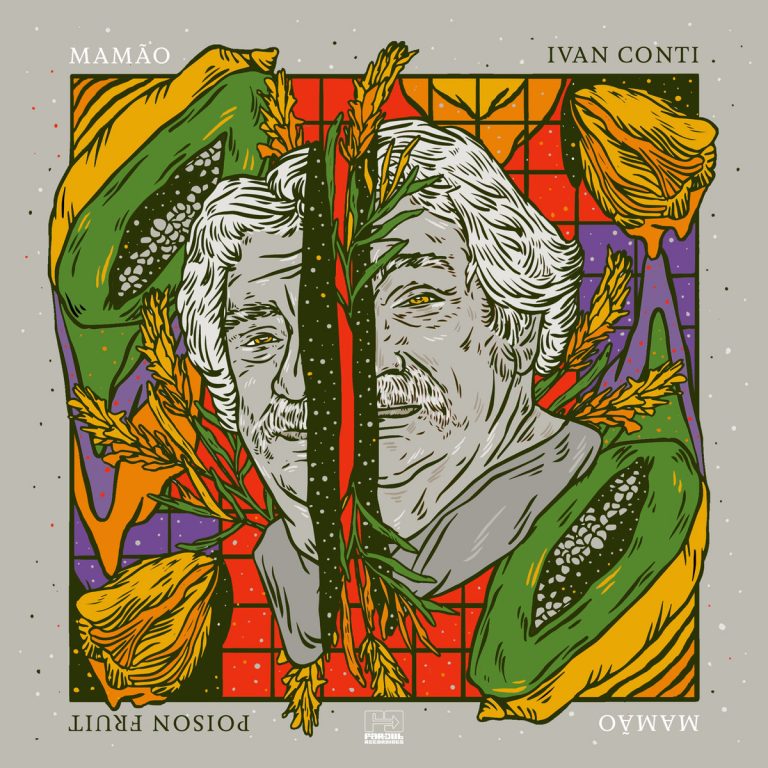 Ivan “Mamão” Conti has followed many paths in Brazilian music. With his group Azymuth he conquered Brazil and the world with their incredible cutting-edge fusion of samba, bossa and jazz. It proves that Mamão has always been at the forefront, not limited by his role as a drummer, creating unique sonorous experiments, and forming many great partnerships. The last one was with Madlib (one of the hip-hop’s most-revered producers) on the Jackson Conti Sujinho album.

Now, Mamão takes one more step. Without the company of his partners in Azymuth, he returns with the engaging Poison Fruit. On the album’s eleven tracks he explores variations of samba, house, techno, Afro-Brazilian batucadas and jazz. It’s an exciting trip through the creative and psychedelic mind of the artist. The album’s teaser below shows what you can expect.

Poison Fruit will be released on vinyl, CD and digital on January 29th by Far Out Recordings. The CD and digital versions include five bonus tracks remixed by IG Culture, the 22a crew, Max Graef and Glenn Astro.

Listen to first single “Bacurau” below: