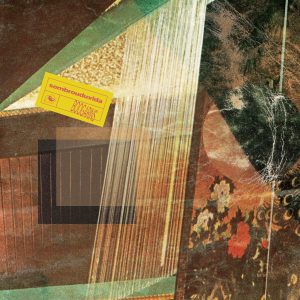 Born as a project for two friends, Dinho Almeida and Benke Ferraz, to kill time in between their high school classes in Goiânia, Brazil, Boogarins soon became the best kept secret in Brazilian music’s new wave, going from school text books to back stages around the world and opening for their favorite bands.

They have come a long way since their debut album, As Plantas Que Curam, where they mixed psychedelic rock music with experimentation and noise, a sound which at least partially came from their lack of resources. They recorded with what they had at hand. What they didn’t expect was that this material would enter the radar of international press and audiences, giving them the strength to continue with their musical journey.

Six years now on, their latest release, Sombrou Dúvida, shows the maturity that this now four-man group, with Raphael Vaz on bass and synth, and Ynaiã Benthroldo on drums, have gained along the way. The songs on the album are more pop-structured, though without leaving behind long instrumental sections with raw guitar riffs and trippy melodies.

The concept of the album has also become more defined, with shadow and light, dark places and sunny moods side by side, making an analogy of what life is like for their generation. Listening to them also gives you this sensation between what the Brazilian traditions started by tropicália left us, and the contemporary sound of indie rock.

Songs like “Invenção” play joyfully with your mind, like a gentle drug trip, with the sun hitting your face on the beach, while “Nós” is darker and grittier, but Boogarins always manage to give their abstract and existential lyrics an harmonious backing, showing their ability to construct great songs, and this is definitively their best effort in that regard.

Sombrou Dúvida is available from Bandcamp