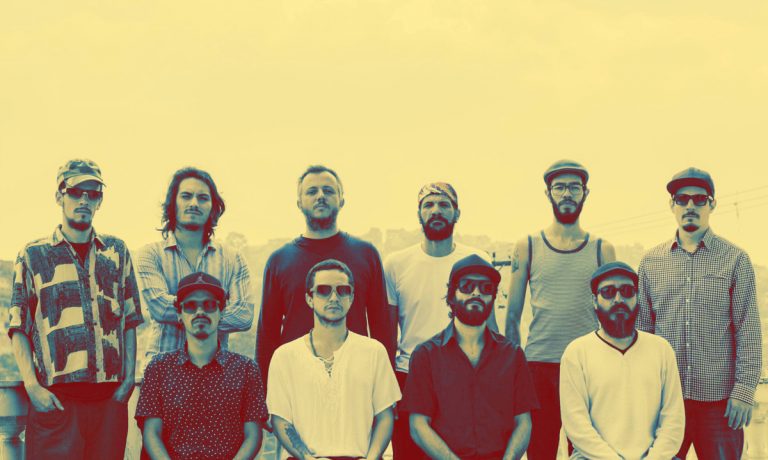 There may be a nomad inside all of us, but only the lucky ones boast an orchestra as well. So it’s a treat that Brazilian psychjazz collective Nomade Orquestra will soon be merging the two with a string of UK gigs on their first European tour.

Having formed in Sao Paulo in 2012, Nomade Orquestra this year released their eponymous debut album, which confirms them as one of the most interesting groups to have recently emerged from Sao Paulo’s multidimensional music scene. This lofty regard sees them make their London bow at none other than the legendary Ronnie Scott’s jazz club, while other shows take in those utopias of contemporary UK culture, Bristol and Whitstable.

If you’re lucky enough to be elsewhere, the band will also be playing gigs in Portugal, Spain, Bulgaria and Germany. Let us sincerely hope that this is the first in a long line of nomadic visits and beautiful memories for these guys, as Britain continues to welcome bands from all over the world. Just don’t tell Teresa May.

Here is the list of European tour dates while, below, you can get a pre-gig taste of Nomade Orquestra’s live style.