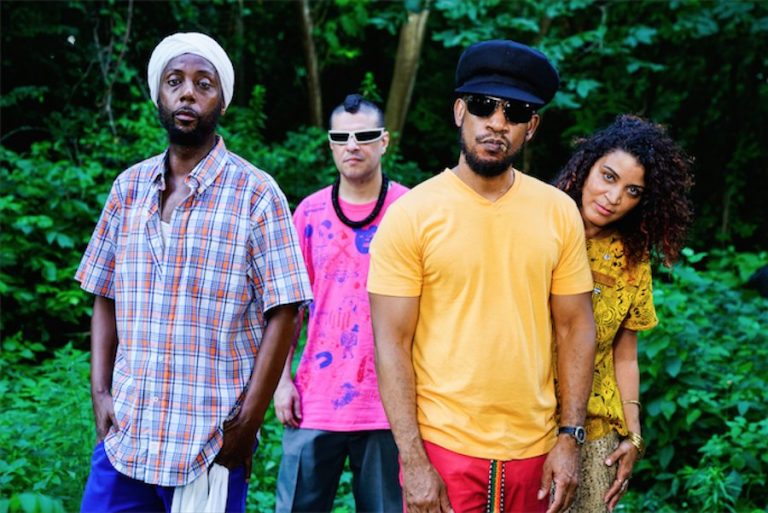 Brazil’s Rodrigo Brandão Teams Up With Prince Paul and Ladybug Mecca for BROOKZILL!

Boy, is this one sounding good. About a decade ago, Prince Paul headed over to Brazil where he hooked up with São Paulo MC Rodrigo Brandão. The fruits of that encounter are now seeing the light of day in a “Brooklyn Meets Brazil” supergroup (hence the name) with a heavy Afro-Brazilian heart.

Prince Paul is a legendary hip-hop producer, best known for working on De La Soul’s 3 Feet High and Rising, though his work with Stetsasonic and the criminally under-rated Handsome Boy Modeling School should not be ignored. Rodrigo Brandão has been a creative presence within São Paulo’s hip-hop scene since it first began, making his name with Mamelo Sound System before later getting into ever-more-adventurous projects, including Ekundayo, Zulumbi and a duo team-up with Mauricio Takara, to name just a few.

In BROOKZILL! they are joined by more rap royalty in the shape of Digable Planets’ Ladybug Mecca (a New York native, but who is also in fact the daughter of two Brazilian jazz musicians) and Don Newkirk, a frequent but reclusive collaborator of Prince Paul’s.

“Saudade Songbook” which also features Count Bass D, is the first track to be released by the group. It’s a paean to loved one’s lost and uses a sample of Ely Camargo’s much-loved take on a traditional Afro-Brazilian song, “Taieiras”. This connection between hip-hop and Afro-Brazilian culture is something we’re expecting to hear a lot more from on the forthcoming album. In Rolling Stone, Brandão had this to say about the synergy between the two: “I saw very early on the connection between the Afro-Brazilian experience and hip-hop, between breakbeats and what they play here in the tambor drums at the Candomblé ceremonies – the spiritual rituals, the drums and the chanting.”

Rodrigo Brandão has also put together a killer mixtape to introduce the project, featuring snatches of BROOKZILL! alongside Brazilian classics from the likes of Tim Maia and Baden Powell. Check it out below: