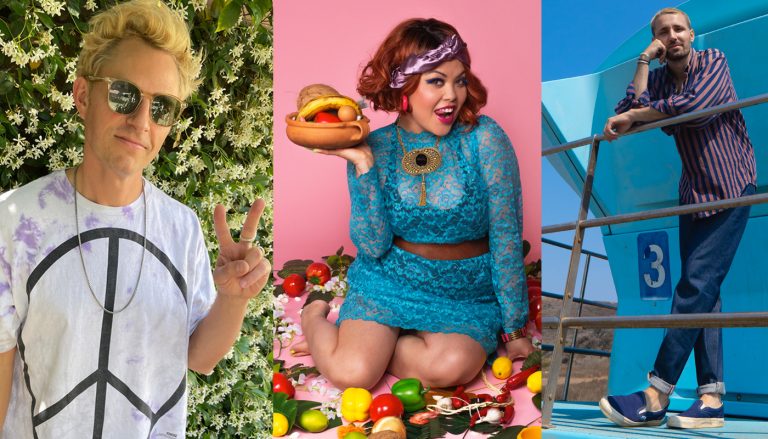 It is so refreshing when artists and producers you’ve written about in the past join forces to gift us something new and different. That’s exactly what Captain Planet has done by getting in the musical kitchen with Brooklyn-via-Brazil’s Zuzuka Poderosa and Lyon-born artist-producer Raphael Futura and the result is delicious.

“Moqueca” is a new Brazilian disco funk song that harkens back to Brazil’s legendary funk parties in the 70’s and early 80’s, when soundsystems bumped legends like Tim Maia, Sandra Da Sa and Gilberto Gil. The track also infuses some fresh contemporary energy, of course.

Zuzuka’s bright vocals bounce over a bubbly bassline, syncopated percussion and wormy vintage synthesizers, while an additional punch is brought in the form of horn arrangements by the prolific maestro Todd Simon, another frequent Captain Planet collaborator.

“Moqueca” takes inspiration from the Brazilian dish of the same name, a nationally famous fish stew that varies across the regions of Brazil. (It’s a dish Zuzuka, an avid cook, makes often.) In her lyrics, Zuzuka talks about the origins and variations of Moqueca, starting with the style from Espirito Santo, her home state, and continuing to Moqueca Baiana, from Bahia, which incorporates African influences and ingredients. The result is a song that is as much an homage to Brazilian music as it is its food, culture and people.

“The idea came suddenly, when I was cooking Moqueca and I started scatting and singing ‘Parapa papa! Moqueca, Moqueca!'” she explained. “I instantly recorded it on my phone and sent it to Captain Planet, I was like let’s go back to the 70’s! He was really down to make some funky stuff, and when he showed me what he had produced with Raphael Futura, I was like, wow, It couldn’t be any better than this!”

The song is the first single from Captain Planet’s upcoming “Sounds Like Home” EP, which finds the producer turning towards more retro, analogue and live band elements, all with an eye towards his signature “gumbo funk” of global sounds. “Moqueca” is out on Brooklyn’s Bastard Jazz Recordings on the 27th of May. Listen to it below and pre-order it here.