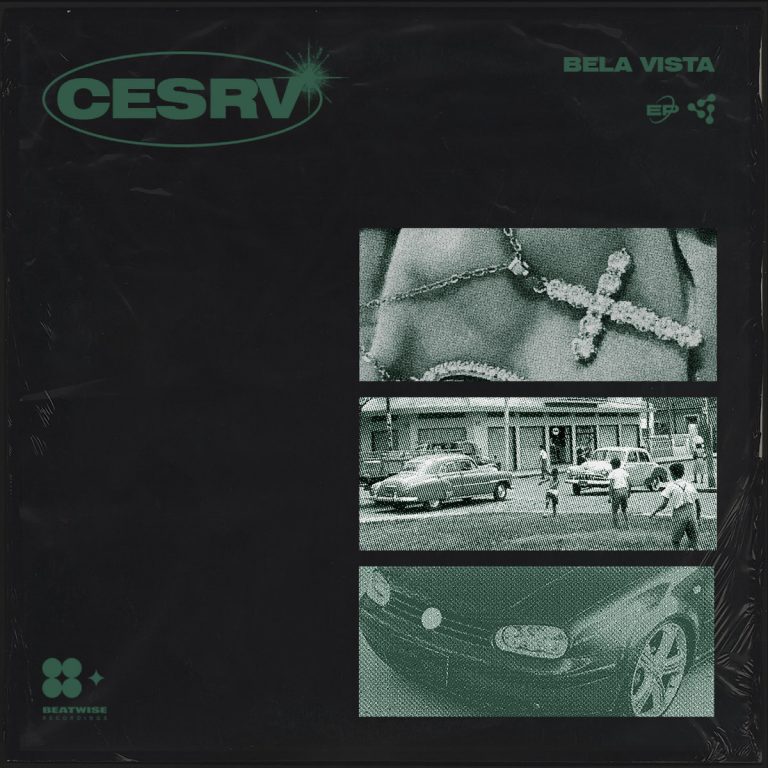 Grime (an urban music genre in the London suburbs) is gradually becoming popular among Brazilian youth. One of those responsible for sharing this culture in Brazil is the producer CESRV (Cesar Pierri). From São Paulo, he has previously worked with important names in rap, including Rincon Sapiência, Baco Exu do Blues, DJ Rashad (died in 2014) and Taso Teklife.

This sound was clearly present on BRIME EP, released earlier this year, which he made in partnership with Febem and Fleezus. The six songs that compose it fuse the charged British beat with the powerful and dancing drums of baile funk. The sound is immersive, ideal for dance floors, and the lyrics reflect the reality of those who live in the favelas.

Now, that same musical texture can be found on Bela Vista, the beatmaker’s solo EP. But in addition to grime, CESRV joins house music, footwork, 160bpm, jungle and drum ‘n’ bass to samples of classic Brazilian music from the 1960s and 70s, like “Lotus 72” by Zé Roberto, and “Onda” by Cassiano. The rhythmic architecture is well-structured, combining different styles, he created his own, unique and attractive sound. One of his main influences was DJ Rashad.

“In 2014 we were pleased to welcome DJ Rashad to our extinct bass music party that took place monthly in downtown São Paulo”, he says. “I had the pleasure of being in the studio with Rashad for a few days, and learning the techniques of footwork and 160bpm. So, since 2015 I have dedicated myself to the various aspects of high BPM”.

The Bela Vista neighborhood, in São Paulo, has also become a great reference. It’s for this reason that he named the EP after it. “My grandparents on my mother’s side settled there after the war, [and] my grandparents on my father’s side have been residents of Bela Vista since moving to São Paulo from the countryside. My studio has been there for over ten years. It was there that I had the pleasure of making music with my idols and friends. Basically, everything that has happened in my life for many years, has happened in Bela Vista. So talking about this neighbourhood is talking about my life”.

Bela Vista is available on Bandcamp and other platforms

Watch the video for “Sippin” below: