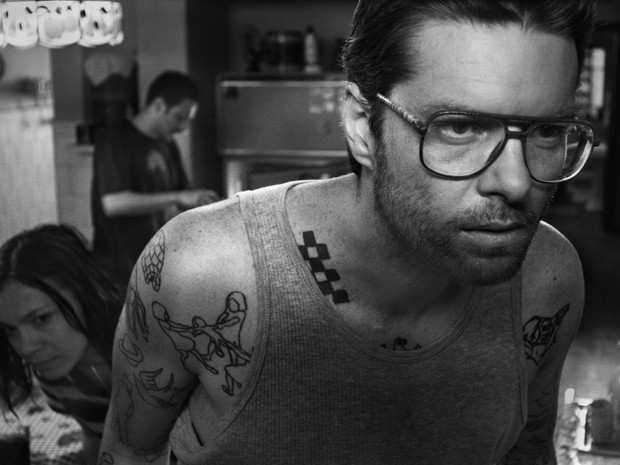 Cores is a film which has arrived on the world scene at just about the right time. From the outside looking in, Brazil has, for the last few years, seemed like a country where all is going supremely well. Economic boom; the staging of the Olympic Games; next year’s hosting of the World Cup; all of these things have frequently been looked to as a point of reference for observers the world over eager to laud the health and vibrancy of this South American powerhouse, now boasting one of the fastest-growing economies on the continent.

However, as the wide-scale protests provoked by Brazil’s recent staging of the Confederations Cup have since shown, many of its people are feeling increasingly disillusioned by the way their country is heading, as well as the policies its government is promoting.

It is in the wake of these protests that Cores has come to London as part of the East End Film Festival, an intriguing, slow-paced mood piece which centres on the existential crises of three twenty-somethings with big ideas, but without the means of making their dreams a reality in today’s Brazil.

Taking place in São Paolo, the film primarily concerns the thoughts and feelings of its three protagonists throughout its ninety-five minute feature time, all of whom want something different from life but are stuck in exactly the same rut of inaction and debt.

Tattoo artist Luca (Pedro di Pietro) is still living with his grandmother in a small, but homely flat, trying his best to keep his mind occupied by lounging on the sofa at home and tending to the ailing relative he is also stealing money from. Fittingly, the film’s first scene proper sees an extreme close-up of a TV pundit extolling the virtues of the Brazilian economy, replete with exaltations of the country’s growing industry and plummeting unemployment. At once, an abrupt cut to the forlorn figure of Luca as he sits immobile on his sofa due to a lack of clients at his tattoo parlour reveals the reality of the situation: in São Paolo, it seems it is less about youthful vibrancy and more about youth in decay.

This, it seems, is a common trend, with his friend Luiz (Acauã Sol) passing his days at his mind-numbing job as a pharmacist, feuding with his odious boss Nicolau and aiming to break free from his rut by dealing prescription drugs to junkies behind his back. He, too, is tired with life: his football team can’t win, his apartment block’s soon to be condemned and, as he notes, “I fear living more than I fear death”.

Finally, his girlfriend Laura (Simone Iliescu) is perhaps the most ambitious of the three, dreaming of moving to foreign shores as she lounges on a deckchair in her apartment located beside an airport runway. At her job at a tropical fish-store, she will rub shoulders with a pilot who brings her Polaroid film for her retro camera, regaling her with stories of the experiences she can only dream of fulfilling.

Regardless of their individual trials and tribulations, it soon becomes clear that this is very much the story of three friends searching in vain for more. From the moment the camera frames the three of them in a bird’s eye shot to the film’s delicate final frame, the viewer is made aware that the experience of stagnation is common to them all.

It is fitting, then, that the film’s title should be quite so ironic: after all, while all colour is seemingly drained out of these three characters’ monotonous lives, colour is altogether absent from the film itself, with Francisco Garcia’s debut feature shot entirely in black and white. Though shooting in black and white can sometimes be a bit of a gamble, this design choice was a wise decision in a film favouring character development over plot progression. Indeed, with the viewer unable to rely on the gradients of the weather to condition their thoughts about the bleakness of the situation, the film will be black and white come rain or shine, placing the thoughts and emotions of the protagonists on centre stage at all times.

This is bolstered by the immense detail captured in every shot: from extreme close-ups of the sweat beads cascading down the sleeping Luiz’s back as he tries to withstand the scorching heat through stressful dreams, to wonderful medium-shots of characters conversing through the peaceful stillness of an aquarium full of exotic fish, Alziro Barbosa’s cinematography is both ambitious and exceedingly stylish. This immense detail is further bolstered by the wonderful chiaroscuro lighting, giving shots great depth and vibrancy in spite of the feature’s distinct lack of colour.

Perhaps more importantly, sound is used to great effect from start to finish, with composer Wilson Sukorski’s great soundtrack juxtaposing deep, bassy thuds with delicate piano tunes to evoke the moods of each of the film’s respective characters. This is matched by great punk-infused tunes – both diegetic and non-diegetic – which, alongside the crisp monochrome shots, establish the sombre mood of the picture.

If anything is left to be desired by the film, it is the notable lack of plot development; as the interaction between the film’s three main characters is the only true arc to the filmic narrative, certain viewers could be left ultimately unsatisfied.

Regardless, it becomes clear quite early on in this film that this is, in fact, the key point that Cores is trying to make: if the film doesn’t truly lead anywhere in terms of its narrative, it is succeeding in mirroring the protagonists’ lives, who are stuck in a phase of arrested development when they should be enjoying their finest years. Much like the pet tortoise that Luca’s grandmother keeps in her small household, these youths clearly aren’t heading anywhere fast.

Taken as a whole, Cores does a good job of encapsulating the disenchantment of Brazilian youth in modern-day São Paulo, fusing stylish visuals with a vibrant soundtrack and interesting character development. Just like many young Brazilians have shown in the country’s recent wave of protests, Cores’s protagonists see little of the progress that their country is seemingly enjoying and, just as Luca dejectedly remarks to Laura at one point in the film, the film succeeds in portraying the notion that “no-one is on track”. With his debut feature touting brilliant cinematography and convincing lead performances, Francisco Garcia is most certainly a director to watch.

Cores was screened as part of the East End Film Festival.