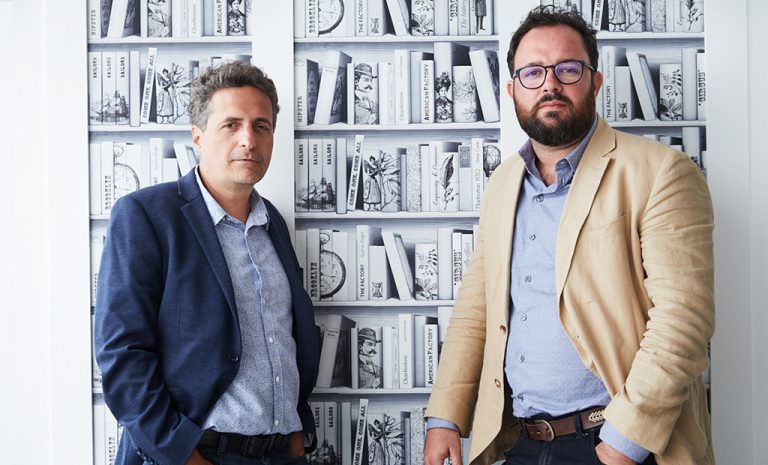 Creating a Microcosm of Brazilian Society: An Interview with Bacurau’s Kleber Mendonça Filho and Juliano Dornelles

Kleber Mendonça Filho‘s third film Bacurau, which he co-directed with long-time collaborator Juliano Dornelles, is a futuristic genre-bending survivalist thriller meshing together elements of the American western and sci-fi horror, with 1960s Brazilian cinema. Set in Bacurau, a small, fictional town in the back-country of north-eastern Brazil, it stars Sonia Braga and Udo Kier.

Kleber, you and Juliano have been working together for a long time – Juliano was the Production Designer on Neighbouring Sounds and Aquarius, your first two features, What has your working relationship been like and what made you decide to co-direct Bacurau?

Kleber: We’re just two old friends who enjoy watching films and have a particular passion for genre cinema, American cinema from the 70s, Italian cinema, Brazilian cinema. We were also keen to do a genre film. Brazilian cinema for some reason has not shown much interest in genre.

In Bacurau we’re saying goodbye to the conventions of social realism. In fact my last two films were social realist films and you can feel there’s an attempt to go off the rails in both of them. But now, with Bacurau, there’s complete freedom, because you’re out in the open, it’s a Western and it takes place a few years from now.

Did you feel that the rural setting gave you that greater freedom as opposed to the urban setting of your previous films that were based in Recife?

Kleber: Oh yeah. We found some amazing locations and they felt very Western. One of our American friends, Johnny Mars, said the place and the vegetation reminded him of South Texas.

Juliano: When I was young I travelled a lot to those regions and have always been fascinated by them. Of course we have a lot of literature and films from the 60s that comes from that area. Our imagination is in that region. Then there was the idea of the representation of the people that live there. It was one of our primary desires to make a film like Bacurau because in our opinion, in Brazil, there are a lot of problems with the representation of these people in TV and in journalism, and in Brazilian cinema also.

Kleber: The character from the north-east, which would be me, or Juliano, is always a kind of rustic person.

To give you an example: I look the way I look, I’m Brazilian, white, I am a film critic. I was invited to a Dreamworks Junket, and there were two publicists from São Paolo and they welcomed me and said, “you will need an English translator, right?” and then they said “wow, that’s great, people from Pernambuco speak English!” And I replied “I’m sorry I don’t understand your remark” to which they apologised and said it was completely out of line. But those little tensions are in this film.

When we did the location scouting we drove more than 100,000 km. In one place we met an 80-year old woman who showed us the “museum” of her village, which is just like the one in the film, and she had built this inside her house! These people have an understanding of their own history. We did not want to develop a fictitious vertical approach to an area that we’re not from. So we had to respect these things and the experience of making the film was one of the most beautiful things I ever had in my life.

So you had a specific idea about the kinds of people who inhabited Bacurau?

Juliano: The sertão is mostly white. We thought Bacurau should be an interesting microcosm of Brazilian society. That was our vision for the film. But once we found the location and fell in love with the location and began to look for people and understand the region, we discovered 25 km away there was a quilombo, a comunidade de quilombo [a community founded by runaway slaves]. This was composed 100% of African Brazilians. So not only were they incredible people but they also became interested in being a part of the film. And then they naturally came into the film. Bacurau is therefore a trans-racial, trans-sexual community.

We wrote it into the script, so it felt like fiction, but once we began to look for the locations we realised that actually it wasn’t fiction.

A detail I found very interesting was with the capoeira scene. The music was not capoeira music and it felt very industrial, modern and fresh. That to me seemed the pinnacle of what the film was trying to say about representing Brazil, in that it’s not a traditional capoeira scene…

Juliano: You can see how proud he is now!

Kleber: We would never use only a capoeira scene in the film.

Juliano: That’s the point. It’s almost like a cliché. What happened was that the actors, or the people that became actors, gathered round one lunchtime and started to play music and have fun together, one of those wonderful spontaneous moments. They just made a capoeira circle and we saw it and thought that’s nice let’s try to shoot it. We had some time one night and we just did it almost like a documentary.

Kleber: But it wasn’t hand held. It was well-composed.

That song, that specific music is from John Carpenter, it’s called “Night”. It was in the script in the very beginning for the opening scene from space, but we kind of gave up on this idea because it went against the concept of the film. We wanted to put together two different things for them to collide. So we took this classic image of space, very American, very Hollywood-ish and put it with a very Brazilian tropicalismo music from Caetano sung by Gal Costa.

Kleber: It’s the same mechanics at work with the capoeira scene. So there are a few things going in the capoeira scene. There’s the choreography, the beautiful bodies you look at, and then when you least expect it this very heavy synthesizer goes in. The thing about music in film is very hard to explain. That piece of music not only sounds amazing when you turn up the volume but it sounds dangerous. So it really works. Of course I don’t like to explain everything but it’s the way we feel – It’s like this industrial machine overrunning popular culture, which is what the film is about.

Referencing other Latin American films right now, do you feel like you have a dialogue with other contemporary Latin American films? For example, did you see Birds of Passage, Ciro Guerra’s film? It’s a genre film but it’s completely different. He goes into the indigenous communities in Colombia and looks at origins of drug trade but from a completely Colombian viewpoint.

Kleber: I find it beautiful that film-makers from the same region, sometimes the same city, share a common preoccupation. Ciro Guerra’s film is definitely very interesting and a twist on a whole idea of Latin American cinema’s social realist approach. Which – I’m not against any kind of film – but it’s like I’ve seen too much of. I always think of Guillermo del Toro’s Cronos that I haven’t seen but is also supposed to be very interesting. I really believe it’s part of a new generation of film-makers and I include myself within that. We grew up watching genre. The same way that Glauber Rocha and Cacá Diegues did not grow up watching American genre films. They were part of another history, another Brazilian film history. It’s amazing that two good friends of ours made a Brazilian werewolf film: Good Manners. But a film like that just didn’t happen 20 years ago. It’s part of a new generation that grew up watching werewolf films and I’m all for it.

Bacurau is in select UK cinemas now, and streaming on MUBI in the UK from 19th March. More details at mubi.com/bacurau