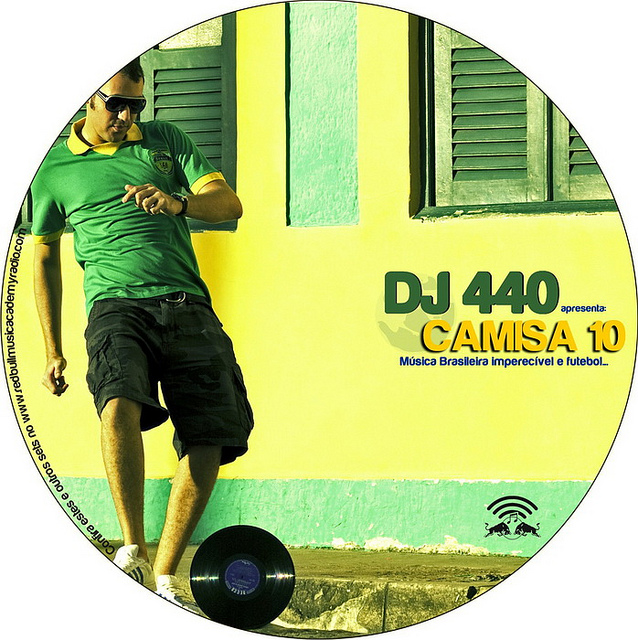 This time next year of course we’ll all be living it up on the beaches of Rio de Janeiro, bathing in the greatest show on earth as Brazil stages what should be a quite splendid World Cup. Will Brazil’s young team, currently living firmly in the shadow of the majestic sides of the past, be good enough to bring the hosts the glory that the nation surely demands? Will Argentina be able to pull off the ultimate humiliation by winning the trophy on the soil of their great rivals? Will England manage to string more than six passes together at any point? We’re definitely getting excited about things and to celebrate entering the last pre-World Cup twelve months, we’ve got a damn fine mixtape from the mighty DJ 440 that combines Brazil’s two most distinctive forms of creative expression – music and football. This is the second time that DJ 440, from Pernambuco in the north-east of the country, has featured on a Sounds and Colours mixtape, and this one features a very enjoyable blend of old classics interjected with some fresh new exuberance. Hopefully Brazil 2014 will provide us with something similar. Named after the most iconic shirt in world football, this is the Camisa 10 mix – it’s up for grabs now.