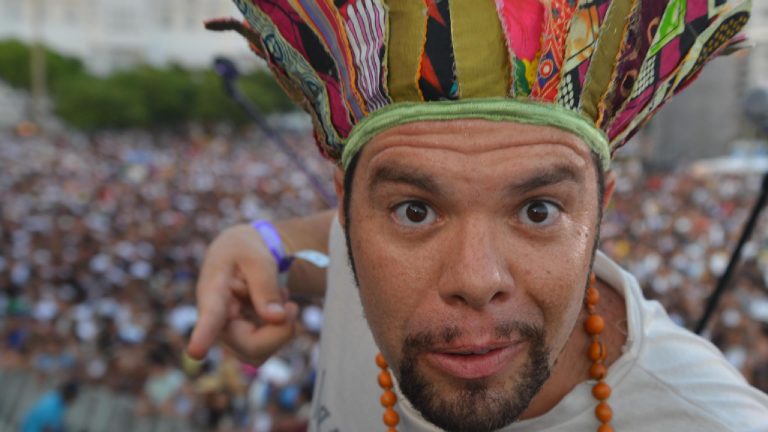 With carnival approaching, and with the good man himself about to release his own compilation of carnival tunes, Carnaval Remix, we asked one of our favourite Brazilian party-starters DJ Mam, to pick some of his favourite carnival tracks from across all periods and styles. Here’s his choices, and a fine introduction.

Talking about Brazil’s carnival is a huge responsibility, trying to analyze a multicultural phenomenon that we are unable to summarize in any single text. Carnival, the biggest popular party in our country, and one of the biggest, if not the biggest in the world, serves as a stage to exalt our cultural identity and our beauty, as well as our problems, especially nowadays with polarization and fascism on the rise. It is the voice of the people, of cultural resistance, sung through our composers. I tried to gather here some of the songs that have influenced me artistically, or that, in some way, I believe offer a sample of our most carnal festival.

In short, I will start with the centenary carnival marchinha, passing through the samba schools of Rio de Janeiro, the afoxé and samba reggae of Bahia, as well as the maracatu and frevo from Pernambuco. I tried to pick out ‘hymns’ that are played in samba school rehearsals and in the Marques de Sapucaí Avenue, our ‘samba walkway’, as well as those that echo in the street carnivals of Rio, Salvador, Recife and Olinda, which, currently, share their historic and democratic spaces with hundreds of blocos da rua, increasingly influenced by the brass bands of the Mississippi and Europe, as well as the trios elétricos (electric trios, a type of sound system on a truck) that are performed by pop artists, DJs and bands.

Please check out my choices in the list below, and listen to an electronic drapery of the current scene gathered on my album Carnaval Remix, which is released today, February 21st, the first day of this year’s Carnaval, and which is released on all digital platforms by Sotaque Carregado.