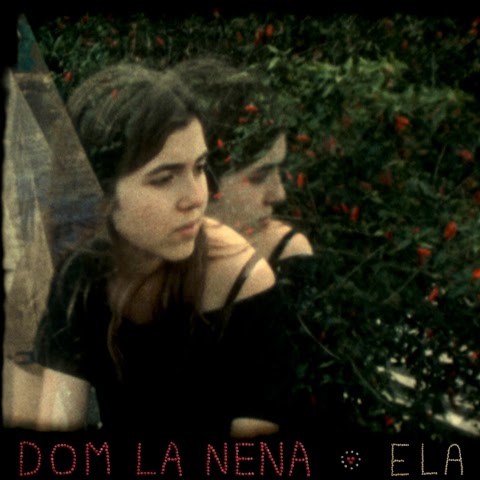 As a reasonably tolerant person, I like to think that I wait at least five minutes before casting eternal judgement upon the latest sounds to pay my ears a visit. But every once in a while something comes along that demands immediate sanction owing to sheer awfulness. As I sit writing this in my local multinational coffee chain, a looped soundtrack of Christmas muzak drifts out of the speakers, clearly intended to rouse everyone’s festive spirits but in reality tempting me to go elsewhere for my caramel-laced, organic latte delight. That’ll show them.

But at least the hotel-lobby Christmas scene only revs up once a year. I have noticed a phenomenon which seems to have grown exponentially in recent times: it is the novelty covers album, the Pink Floyd or Sergeant Pepper’s reggae tributes and their cheesy renditions of some of the 20th century’s best-known songs. Here’s an idea: you like Pink Floyd? Listen to Pink Floyd. You like reggae? Then listen to some damn reggae! Like merlot and apple juice, some good things just don’t go together.

Worst of the lot is the fad for reinterpreting classic rock albums in whimsical bossa nova fashion, a trend that has included The Clash, Guns N’ Roses and Red Hot Chili Peppers, with Napalm Death do Rio ’72 surely just around the corner.  Advertising zombies seem to think this stuff is the sound of supermarkets, which says it all really. A lack of enthusiasm towards innovation often sees commercial interests centred on repackaging what’s already proven successful. It’s basically the same as Hollywood’s habit of remaking everything. Same shit, slightly different way.

Bearing all that in mind then, it comes as a relief when someone shows that, actually, there is hope. A case in point would be Brazilian singer Dom La Nena, whose debut album Ela is everything that the imitators aspire to but get nowhere near: sensual, emotive and beautifully crafted. A record of original material, Ela merges Brazilian folksiness with European jazz, a style I would name ‘Euro-zilian’ if it didn’t sound so godawful.

Born Dominique Pinto in the Brazilian city of Porto Alegre all the way back in 1989, Dom La Nena moved at a young age with her family to Paris where her musical talent blossomed as she started learning piano, cello and guitar amidst the boulevards and classical refrains of the French capital. Dom moved back to her homeland at the age of thirteen but not before Paris hadn’t left its indelible mark upon her, and her debut incorporates Gallic subtlety over Latin roots, while later spells in Argentina and under the wing of North American cellist Christine Walevska, the humbly-named ‘Goddess of the Cello’, bring other external styles drifting across the blue expanse of Ela.

The album eschews the conventional, attention-grabbing intro with the lullaby-like ‘Anjo Gabriel’, which is followed by ‘No Meu Pais’, a tender moment whose melody is not too dissimilar to Manu Chao’s ‘Me Gustas Tú’. ‘O Vento’ sinks in a spiral of enchanted melancholia, before the tone lifts with the Middle Eastern-flecked ‘Batuque’. It’s clear by now that Dom La Nena is a musician of sumptuous talent, as her mournful cello glides across the likes of ‘Dessa Vez’ and ‘Conto de Fados’. Throughout the album, Dom is accompanied by English musican Piers Faccini, who contributes one half of an exquisite duet on ‘Dessa Vez’.

Ela continues in a similar vein. Dom’s voice maintains a steady hushed murmur even as the music shifts in tone, and her vocal never much departs from its equilibrating line, whether on the simple optimism of ‘Sambinha’ or the haunting ‘Menina Dos Olhos Azhus’. While the album is not exactly party material, there are enough dimensions to the music to by turn captivate and entice. This is offset by vocals so sparsely delivered as to be almost translucent. Would more vocal range have been a good idea? Maybe, as in spite of the beauty of Dom’s singing, it would be interesting to hear her pushing herself further.

With only two of the 13 songs on Ela over three-minutes long, things move along pretty quickly, although the delicately drawn out delivery may trick you into thinking otherwise. It is a very adroit album, a soothing display of musical purism, although I would like to have heard a little more experimentation at times. But by and large it is a fine achievement, and one that ought to stand tall the next time someone decides that the world needs another bossa nova novelty record.