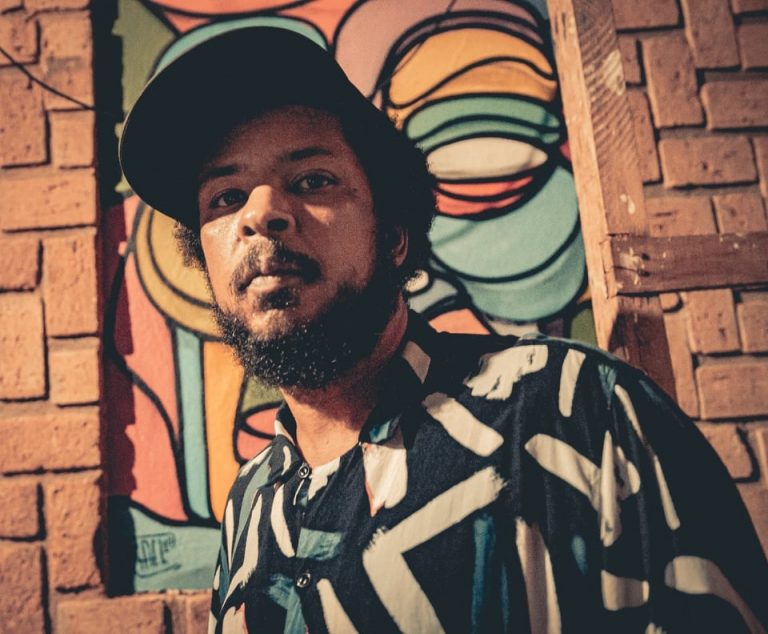 Dr. Drumah extracted elements from his record collection to create the foundations for his new beat tape The Confinement Vol. 1: Africa. This is the first album in a series dedicated to showcasing the rhythmic peculiarities of different countries and continents. Drumah aka baiano Jorge Dubman was already known as a producer and beatmaker, as well as drummer for IFÁ, but found time during this period of social isolation to start this latest project.

“A while ago I started researching samples of African music and its rhythmic keys to learn how to apply it to hip hop beats,” he says. “Some rhythms from Africa are not standard, like 4/4 that we use in rap, so I immersed myself in this study to keep the two rhythms as balanced as possible. With the pandemic and confinement, I had the time to do this work”.

All samples were selected to show the expressive diversity in the musicality of the African continent. But Dr. Drumah prefers not to reveal which works were used. He prefers the discovery to be made as a treasure hunt. “Some of these samples I had already scheduled to use, but most were in the process of the record. I would put on the records and absorb the sounds, removing the loops that could be used “.

Two of the eight tracks feature the Australian Liam Monkhouse (A.K.A Mista Monk), MC for Black Jesus Experience, the ethio-jazz band that have been accompanying Mulatu Astatke of late. The singer Stina Sia also makes an appearance in the skits at the beginning and end of the album.

Everything is well balanced, whether in the most engaging cadences or in the lighter moments, with the sampled sounds effortlessly synchronized with digital loops and beats. There is an afro-futuristic feel, but even so the identity of native rhythms from Nigeria, Benin, Ethiopia, Burkina Faso and Ghana are more than evident, making a connection between roots and contemporary African music.

“Afrobeat and afrofunk are genres with strong polyrhythms, and often finding that space for the sample becomes almost impossible, but somehow I did it.” The ‘doctor’ has given another masterclass.

Before proceeding with the next chapters in the Confinement series, Dr. Drumah has plans to launch two other projects: one with the participation of MCs from different countries, and another focused on jazz.

The Confinement Vol. 1: Africa is available on Bandcamp, and all other platforms from August 4th.