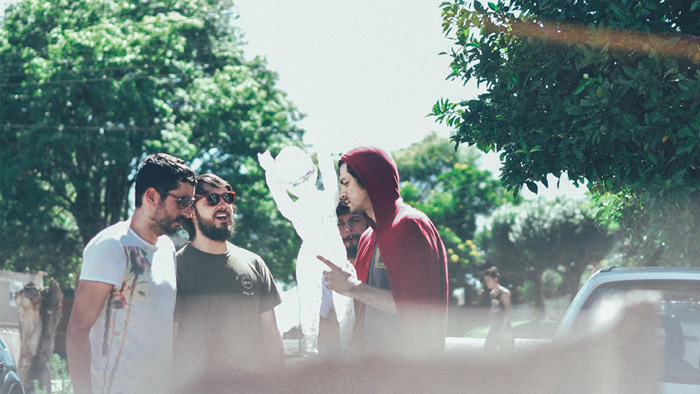 This is Southern Rock, but not as you know it. Frida are a rock band from Gravataí in Rio Grande do Sul, the most Southern Brazilian state, which borders both Uruguay and Argentina. “Mentira” is the first single from their forthcoming self-titled debut.

The band have been gaining a reputation since forming in 2009, with mentions from Frank Jorge – a legend from Brazil’s southern rock scene – and performances at noted festivals such as El Mapa de Todos and Noite Senhor F. Intriguingly both of those festivals feature Spanish-speaking bands alongside Brazilian ones, and this is the interesting crossover occurring within southern rock, a sound influenced by rioplatense artists from Uruguay and Argentina, Brazilian rock groups as well as international luminaries, with Frida themselves mentioning The Flaming Lips, Arcade Fire and OK Computer/The Bends-era Radiohead as big influences.

This debut single from Frida highlights their melancholy, grandiose sound with the slow tempo associated with that particular corner of South America. It’s a promising start for a band that have already achieved plenty, despite hailing from a city that can not be regarded as one of Brazil’s hot-spots of creativity.