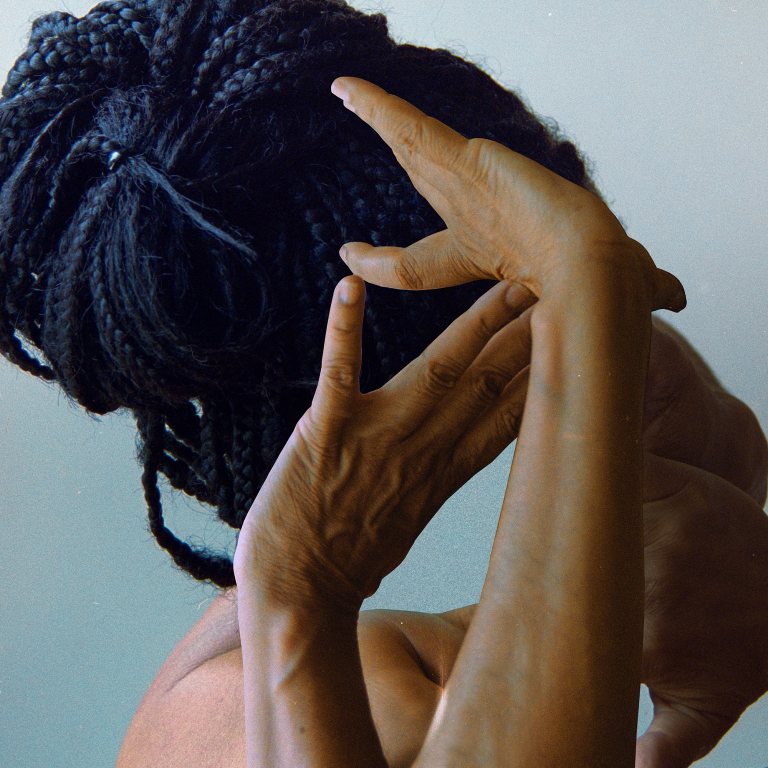 There was an urgency to Juçara Marçal‘s last album Delta Estácio Blues, born from a feeling of discontent with the current Brazilian government, but also from the album’s concept, being as it were influenced by Danny Brown’s Atrocity Exhibition and the way that album was constructed. For her album, Marçal and her producer, fellow Metá-Metá band mate Kiko Dinucci, built dense rhythms a la Danny Brown but with a seriously Brazilian samba-punk twang, and they then sent them to friends and other musicians to build the melodies and instrumentation before Marçal returned for the lead vocal later on. However the process, and whatever the socio-political circumstance, the result was Marçal’s most liberated and impassioned recording to date.

She continues this approach and energy on EPDEB, a four-track EP which features collaborations with Jadsa, Rodrigo Campos, Clima and UAKTI’s Paulo Santos, the latter playing on the percussion-heavy “Odumbiodé”, which features spiky guitar, glass marimba and a litany of other instruments. It arrives after the pulsating, freeing opener “Um Choro”.

Marçal has also released a video for “Sem Cais”, one of the highlights of Delta Estácio Blues, which features the singer and co-writer of the song, Negro Leo, in a tense serenade throughout São Paulo’s streets, the aged film stock hinting at disintegration and the passing of time. Here’s Marçal to describe the video:

“This video used two films, an old black and white film used in Soviet cinema along with a colour Kodak, both passed their expiry dates. The video clip uses the empty city to show these two figures – Leo and I – in a city that seems kind of devastated, lost in time. ‘Sem Cais’ is about this polluted world in which we live; not only polluted from an environmental point of view, but polluted from the point of view of information, formation, history, historical consciousness.”

EPDEB is available from Bandcamp. Watch “Sem Cais” below: