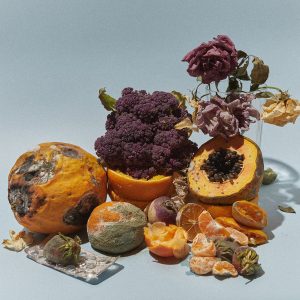 1966, guitarist Baden Powell along with poet and diplomat Vinicius de Moraes meet for the first time in a nightclub in Copacabana, Rio de Janeiro. For the next three months they drank consistently and composed one of the canonical MPB albums of the sixties, Os Afro-sambas, a rich and inspirational mixture of Baden Powell’s samba and bossa nova guitar pickings, Afro-Brazilian percussion using atabaques and afoxés from candomblé rituals, candomblé choral chants from Quarteto em Cy, and lead vocals in the poetry of de Moraes, exalting the Afro-Brazilian gods of the north-east of Brazil. Second track on the album, the hypnotic “Canto de Xangô” celebrates the Yoruba god, Xangô, the god of lightning, thunder and fire.

2020, a year has passed with the newly elected President in Brazil, Jair Bolsonaro. The far-right candidate (at the moment of writing, currently unaligned with any political party) was elected in a landslide victory, promising to free the country from scandal and the recession brought on by nearly four terms of the Workers Party and their involvement in alleged slush schemes, bribery and fiscal mismanagement. However, this past year has revealed a near daily onslaught featuring a revolving door of incompetent ministers, money laundering, involvement with paramilitary gangs, and a loathing for the traditional media who are intent on reporting the governments every misstep. Whatever was supposed to happen, it’s just not working. How can any artist respond to these events in any sane manner when even art itself is under attack?

Rastilho, a piece of bone that supports the strings of an acoustic guitar or a fuse to ignite a keg of gunpowder waiting to explode. We are first confronted by the repellent cover art by Pablo Saborido, something is putrid and rotten in the tropics, and an urgent response is needed, fresh fruit for rotting vegetables.

Kiko Dinucci, best known to readers of this site through his work with Metá Metá, has produced what must be an early contender for Brazilian album of the year, tossing into the mix samba, choro, música caipira and candomblé, creating a fully produced piece of art, resulting from just acoustic guitar and voice.

The album opens with “Exu Odara”, a traditional candomblé song, that Dinucci absorbed while sitting amongst the beating atabaques of Ilê Leuiwyato during the rituals in the house of Ketu. This sets the tone for where we will be for the next half hour, engulfed by Afro-Brazilian culture

“Olodé” features guitar so shockingly percussive that it resembles a one-man samba school, its female-led chorus pushing the player on, the jagged attacking guitar stemming from Dinucci’s past playing with São Paulo hardcore bands in the 90s, a meeting of punk aggression and candomblé. The chorus of singers includes Juçara Marçal, Dinucci’s bandmate in Metá Metá, whose otherworldly voice is so in demand that she appeared on Moor Mother’s highly acclaimed album from last year.

Sonically, the album looks back to the Afro sounds of Baden Powell, the guitars of Dorival Caymmi, João Bosco, Jorge Ben, Rosinha de Valença and Gilberto Gil. Inspired by these recordings, the album was recorded and mixed totally analog, noting the effects of echo, delay and reverb of the great albums of the 60s by Geraldo Vandré and Edu Lobo. The ambience and space of the songs demonstrates a textural nuance that resounds on good headphones, the reverb swimming around your skull.

“Marquito” is influenced by Kleber Mendonça Filho’s latest film, Bacarau, an astonishingly brutal acid western, and another work of art that uses an (not so subtle) allegory to comment on current times in Brazil. Here Ennio Morricone is channelled to pay respects to Marco Antônio Brás de Carvalho, O Marquito, who was assassinated by the military dictatorship in the centre of São Paulo.

“Febre do Rato” (Rat fever) is Pernambucan slang for a situation out of control, and the title of a delirious film by Claudio Assis. But in this scenario Dinucci gets off the bus in the chaotic centre of São Paulo and is confronted by the noise and pandemonium of late capitalism commerce. He finds himself in front of the architectural abomination that is the Templo de Salomão of the Universal Church, a symbol of the money and power that can be derived from faith.

Further western references abound in “Dadá”, the name of a cangaceira rebel bandit from the north0east, and also a character from leftist New Wave film-maker Glauber Rocha’s revolutionary film, “Deus e o Diabo Na Terra do Sol”. So, who else could accompany this track but Ava Rocha, Glauber’s own daughter, who improvises one-take guttural, stuttering moans.

The album finishes with the title track, an apocalyptic samba, vamos explodir (let’s explode) the choir invites us, as the guitar thrashes in final desperate throes, but all eventually calms, the instrument drops away and we are led to the end in a serene candomblé chant. All will end well, after all carnival is just around the corner.

This work is a natural reaction to what is happening in right now, loaded with references, but it is also a love letter to Afro-Brazilian culture, samba (always), the interior of the country, the cities, Brazilian cinema and the work of the great guitar masters of Brazil, the innovators like Jorge Ben with his rhythmic attack, and the sambas of Baden Powell. For such a short album the density is claustrophobic. As the cover tells us, something sick is happening in the tropics and those who participate and listen to this album are invited to light their own fuses.

Listen/Download the album in its entirety from Bandcamp below: