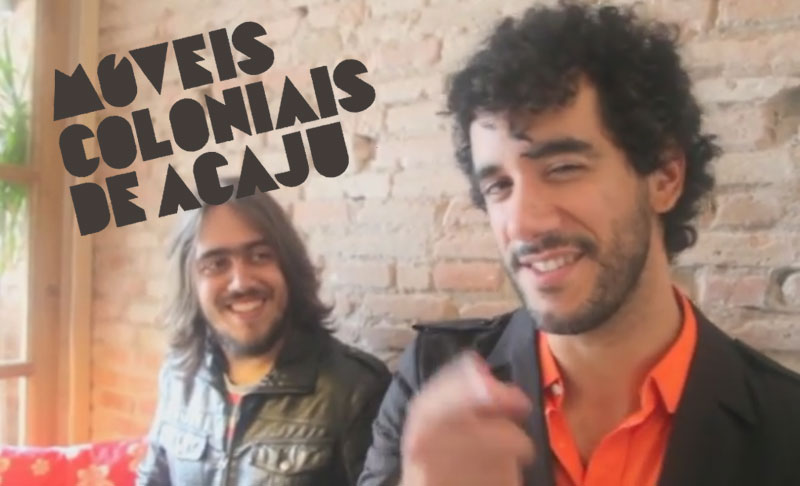 Language Should Never Be A Barrier: A Short Film About Móveis Coloniais de Acaju

We are hugely excited to bring you an exclusive short film, a Sounds and Colours original, focused on the Brazilian group Móveis Coloniais de Acaju. This year Móveis appeared at Primavera Sound in Barcelona and João Queirolo and Elô Barbosa were there to meet and greet the band, capturing them in a majestic performance which finishes this clip.

Hailing from Brasília, Brazil’s capital city, Móveis have established themselves as one of Brazil’s most invented groups, creating a style that can only be loosely described as “rock” for it is equally influenced by 60s pop, soul music, tropicália, 50s rock ‘n’ roll, brass bands and all manner of other genres. As with many of Brazil’s greatest groups, Móveis have found a way of creating their own identity through cannibalizing their environment and influences and spitting out all of the bad bits.

This short film – directed by Elô Barbosa and photographed by João Queirolo – shows the band up close, revealing their thoughts about Brasília, playing in Barcelona and the music scene in Brazil, before showing them in full flow, captivating the Primavera Sound audience with a joyous performance. Check out the video below:

This film was made by the following team:

Find out more about Móveis at moveiscoloniaisdeacaju.com.br