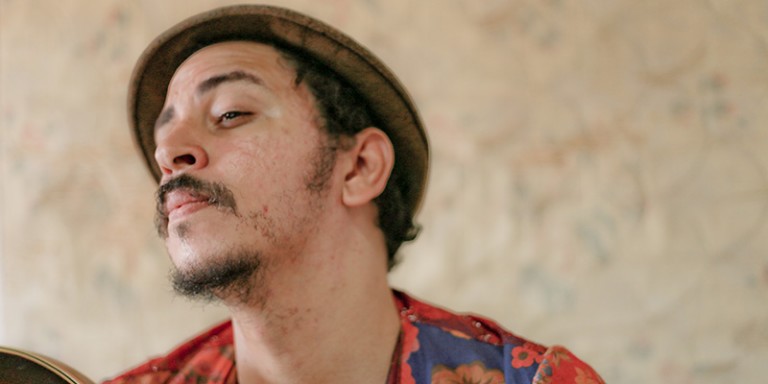 For his latest album, Apoio Marginal, Brazilian musician Juvenil Silva had the idea of creating each song with a new set of collaborators. Juvenil would turn up with a song, play guitar and sing vocals, and another set of musicians would “dress” up the track, with each song using different musicians.

The fourth track to see the light of day from the album, which will be Juvenil Silva’s third full-length album, is “Reciprocidade”, which was recorded between Recife and São Paulo, and features the help of Felipe S (singer and guitarist for Mombojó) and Homero Basílio (producer at Joinha Records and percussionist for Orquestra Sinfônica do Recife).

The finished track is a delightful slice of melodic samba rock with echoes of Os Novos Baianos and Tom Zé. The art used on the YouTube clip was taken from Pernambucan artist Joana Liberal’s work “O Homem é Estômago de Sexo”. You can listen to all four tracks released so far from Apoio Marginal on YouTube.

Have a listen to “Reciprocidade” below: