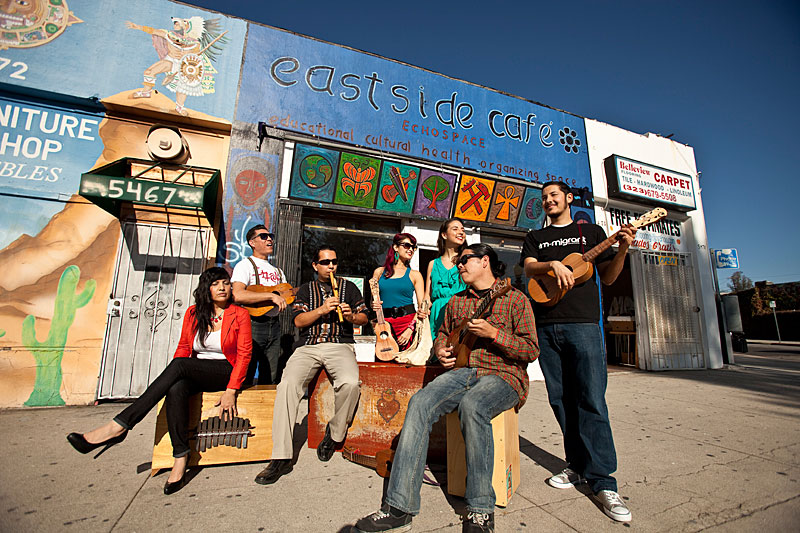 There is no place I’d rather be this week than Austin, Texas, for the SXSW Music Conference. Alas, it isn’t on the cards for me this year.

Should you be fortunate enough to find yourself at the conference–now in its 27th year, allow me to recommend some must-see Latin music:

1) Las Cafeteras are a dynamic Los Angeles-based son jarocho band who seems to be making the most of their road trip to Austin. They’re documenting their social justice pit stops they are making along the way on Twitter.

Las Cafeteras play on Tuesday, March 12, at Ballet Austin; Friday, March 15, at Kenny Dorhman’s Backyard and later at Copa Bar & Grill; and on Saturday, March 16 at Sahara Lounge. Info about their set times and more at their website.

3) Zuzuka Poderosa: Sounds and Colours readers are no strangers to this warrior princess of Carioca Bass. You’ll have several opportunities to catch this firestarter from Brazil via Brooklyn in Austin:

Wednesday, March 13, at 505 Warehouse; Thursday, March 14, at Chaindrive, and later at Chupacabra with the boys from the Peligrosa DJ crew; and on Friday, March 15, at Kenny Dorhman’s Backyard. More info at her Facebook page.

4) Los Rakas: The Panamanian-American hip hop/reggae duo continues to record hot tracks, put on energetic shows, and sell a special version of their very own Puma sneaker. (Seriously. Check out the Los Rakas X Puma here.) So, it’s no surprise they’ll be bringing their Panabay twist to SXSW.

Finally, our DJ/producer friends from the Peligrosa crew causing a stir all over “the live music capital of the world” since Austin is their home turf! Get the lowdown on their Facebook page and blog.