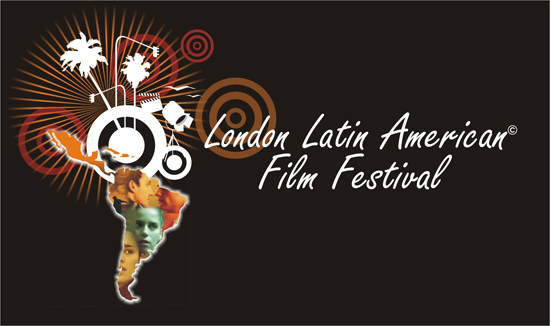 London Latin America Film Festival 2014 from 14-23 Nov: What films are on show this year?

Several of the most interesting and diverse recent films from across Latin America will be arriving in London this week as the city hosts the Latin American Film Festival, as it has done every year since 1990. The festival provides a platform for emerging and established filmmakers and, with free entry to all events and screenings, is an excellent opportunity for Londoners to become further acquainted with contemporary cinema from across the Americas.

The LLAFF runs from 14-23 November (free admission) at Bolívar Hall, UCL Institute of the Americas and Curzon Victoria. The launch party takes place on Thursday 13 November at the 13 Gallery in Newington Green. Check the festival website for full details.

Here is a look at the feature films and documentaries (click on the title to watch the trailer) showing at the London Latin America Film Festival 2014.

An agricultural worker in Patagonia dwells on a traumatic past while being slowly poisoned by the pesticides he uses every day. Through the faltering state of an individual, Tondato constructs a dark tale of fractured society and human fallibility.

Lucho works as an oil worker in the gritty, industrial environs of the windswept southern city of Comodoro Rivadavia in Argentina. Unfulfilled and unmotivated, he stays for the good pay but struggles to find an outlet for his bottled-up emotions. Franco’s latest film (his previous Not So Modern Times was a popular draw at the LLAFF in 2012) is part human drama and part urban portrait.

Two Scottish sisters make a once-in-a-lifetime trip to Cuba, where their sibling rivalry comes up against unforeseen involvement in the island’s political currents. Cuban dancer and Saddler’s Wells favourite Carlos Acosta stars in this comedy-drama that was released late last year and, according to film critic Mark Kermode, possesses ‘a warmth to the production that eases us over the structural cracks and makes us care about the outcome’.

Against the backdrop of Argentina’s brutal military dictatorship, adolescent Tito grows up a product of the totalitarian environment around him. As with many films that address themes of military rule, Gaston Gallo uses the his protagonist as a conduit to examine the social realities of the time.

Billed as ‘a slice of Peruvian noir’ (which may or may not be an established genre), this Andes-set detective story follows a series of crimes taking place amid the initiation ceremonies of local communities. Enter Inspector Waldo, who battles personal demons and seeks to uncover the mystery affecting the region in an examination of indigenous culture, religious intolerance and government ineptitude.

Compelling social study of the inhabitants of the village of Cocodrilos (Crocodiles) in Cuba, a place of geographical and economic hardship. Magdaleno’s film looks at how the community adapts in order to address the challenges of life here. A thoughtful and thought-provoking film that emphasises the importance of cooperation.

The great Chilean poet Pablo Neruda made his only ever filmed UK appearance in the Roundhouse Theatre in London in 1970. This mixture of archive footage and interviews reconstructs the Nobel Prize-winner’s impact on British soil, while paying homage to a truly momentous literary event.

An examination of the cultural and social identity of Brazil’s African-Latino population, the film traces capoeira’s origins in Africa before being introduced to the Americas via the millions of slaves taken across the Atlantic. Capoeira’s highly distinctive merge of combat moves, a graceful and languid dancing style, and repetitive rhythms continues to reflect its roots in Angola and South Africa. Essential viewing for anyone interested in Brazil’s rich cultural tapestry.

Ancient African customs continue to resonate among Cuba’s black communities, whose inhabitants maintain a connection with their ancestral roots through song and dance. The film travels from Cuba to an isolated village in Sierra Leone, where the locals are amazed and delighted to discover that their customs are shared with a far-off continent and people. They proceed to do the logical thing: invite the Cubans to the biggest fiesta the village has ever known.

Following the military coup that brought General Pinochet to power in 1973, many Chileans were forced into exile. A number of them settled in Cambridge, where they were warmly received into the community, as they juggled adapting to a new country and language with preserving a connection to their lost homeland. While the exiles never lost their sense of chilenidad, their children more often than not felt a stronger connection with England than the country their parents had left behind. A highly moving tale of solidarity and struggle.

Toro’s film delves deep into the urban fabric of the Venezuelan capital to portray a true representation of one of Latin America’s most turbulent and boisterous cities. Charting its history from colonial origins to the present, the film attempts to uncover the many interwoven economic, social and political elements which today see Caracas heavily invested in the rise of progressive socialism in Latin America. Yet it remains a city facing many challenges.

The Huaorani people of the Ecuadorean Amazon have preserved their way of life for centuries. This is becoming ever more complicated in the age of globalisation and the worldwide web, as community members combine hunting and cooking with status updates on Facebook. Director Sarah Begum’s time spent living in the Huaorani community allowed her to construct this intriguing study of a people caught between maintaining their ancient identity while opening up to the modern world.

A scathing critique of the US government’s disastrous war on drugs, Cueva’s film focuses on the many Colombians forced to flee their brutalised homeland into Ecuador. These refugees have been forced to abandon their homes by a combination of violence and aerial spraying which destroys the land. Their arrival in an impoverished neighbouring region has resulted in a grave humanitarian crisis largely neglected by the global media. What does the future hold for the many affected communities?