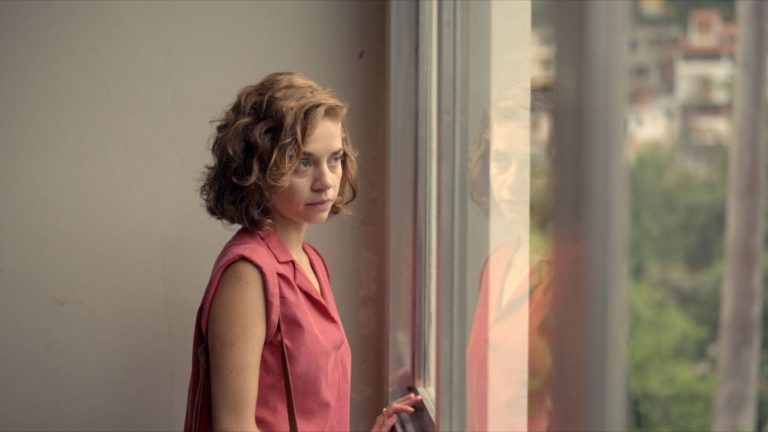 Marina Meliande’s first full-length feature Mormaço (English title: Sultry) is an impassioned portrait of stark resistance, set during the run-up to the 2016 Rio Olympic Games. Against this backdrop, the film narrates the Vila Autódromo favela community’s persistent defiance against forced eviction by authorities who were making way for a redevelopment project aimed at socially cleansing the city and subsequently garnering worldwide attention. Fusing elements of realism and fantasy, Mormaço is an aesthetically pleasing film which will have you hooked by the plight of these iron-willed individuals.

Told through the eyes of the protagonist Ana, a young tenacious public defender, the story slowly unfurls as she strives tirelessly for the legal rights of the residents facing displacement, totally aghast at the prospect of leaving their homes and livelihood behind. As this battle begins to brew, Ana develops a mysterious illness plaguing her body, beset with purple wart-like rashes inducing abhorrent images, being consumed both figuratively and literally by an increasingly embattled city.

In the Q&A which took place after the premiere session in São Paulo’s USP cinema, the director, Marina, stated the underlying motive for making the film: “The film was born out of a profound sadness, that unsettling feeling where you don’t feel like you belong in the city where you grew up anymore”. As soon as Marina glimpsed the Vila Autódromo community, she felt a post-apocalyptic atmosphere with all the houses reduced to heaps of rubble, strewn across the scorching ground. Despite this seemingly disintegrating landscape, the residents’ unyielding perseverance is ever-present in the film; the construction site fencing emblazoned with stirring words, “Rio Without Evictions” and “The City is Not for Sale”.

Sound plays an important role throughout the film, constantly conjuring up a pervasive sense of impending doom with its shrieky, cacophonous resonance. The diegetic sounds – dogs barking, bulldozers decimating people’s homes and Ana ferociously scratching – further heighten the general air of malaise. The cinematography is truly stunning, incorporating an array of striking urban landscapes as well as more otherworldly qualities such as when Ana’s illness spreads. The bird’s-eye shot of Ana plunging into the swimming pool and floating on the water lost in reverie has stayed with me. Pin Up Cassino é uma plataforma de topo conhecida em todo o mundo Pin Up Cassino O estabelecimento se destaca pelo seu atendimento personalizado aos jogadores do Brasil.

Following Mormaço’s successful premiere both internationally at Rotterdam’s International Film Festival and nationally at Brazil’s Festival de Granado, the film will arrive in Brazilian cinemas at the beginning of May. Ultimately, Mormaço is a tale of heroic intransigence over surrendering to the maligning government. Every Olympic Games entails a significant number of transformations at the expense of the poor people, yet always promoted under the guise of development in the best interests of its citizens. This film is an indelible testament to the laudable community in Rio de Janeiro that daringly stood up to the state that sought to erase their past, rendering visible their resilience and refusal to budge.