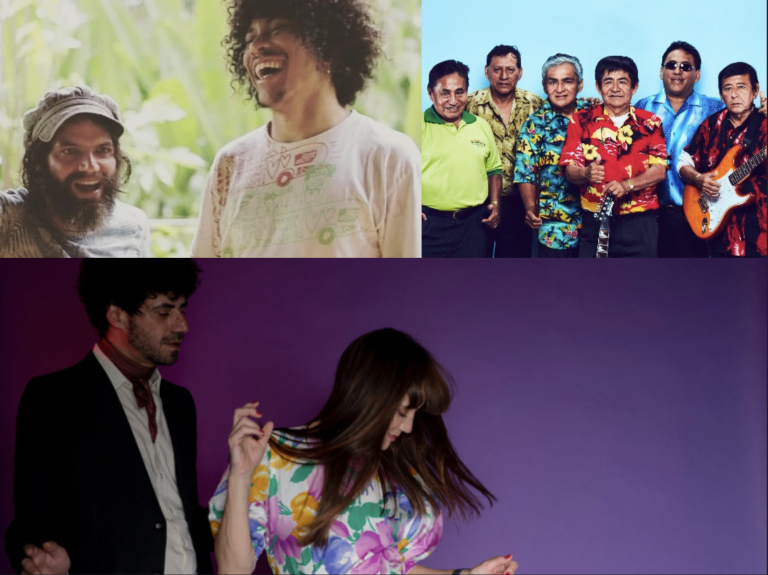 On Our Radar: New music & tour by Los Wembler’s de Iquitos, a debut by Guaxe, and a new video by Cineplexx.

Los Wembler’s head out on tour with new music

Legendary Peruvian chicha pioneers Los Wembler’s de Iquitos celebrate their 50th anniversary with an all-new album, Visíon del Ayahuasca, which the New York Times hailed as “A well-deserved victory lap,” and a North American tour that kicks off  on the West Coast this week.

The band kick off their tour on the 11th of September on the West Coast before heading to the midwest, and then East later this month. They’ll play New York City on the 23rd of September at Le Poisson Rouge.

A debut by Brazil’s Guaxe: ‘Nilo’

A very bit hat-tip to New Sounds for turning onto this new tune by Brazil’s Guaxe, which is pronounced gwah-shee:

The Brazilian duo is “named after a forest bird that they claim has a song that almost sounds like a synthesizer. The two members are well-known on the psychedelic rock scene in Brazil, with Dino Almeida of Boogarins joining Pedro Bonifrate of the now-defunct Supercordas.”

We dig the trippy and psychedelic “Nilo,” which appears on their self-titled debut EP.

The artist, who has collaborated with the likes of Enrique Iglesias in the past, says of the single, “I like to write lyrics in which you find excitement, romance, but also contradiction, confusion, as love really is. There is not a clear argument in ‘Hey,’ and it’s the story of two individuals who are in love but somehow separated by distance.”