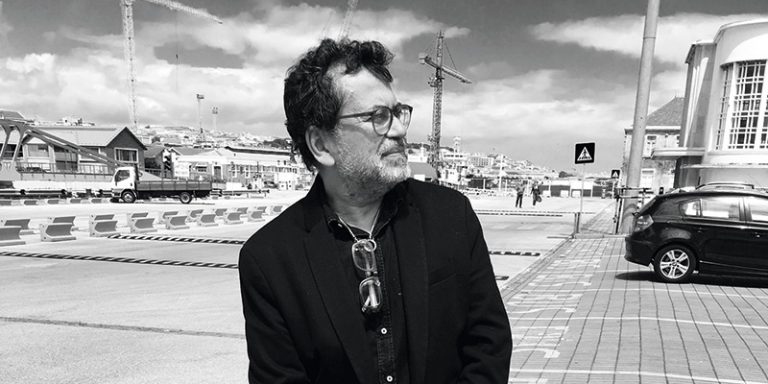 Gonçalo Ivo, born in 1958 in Rio de Janeiro, is a painter and illustrator currently based in Paris. He comes from an illustrious family, being the son of poet Lêdo Ivo and teacher Maria Leda Sarmento de Medeiros Ivo. After studying painting and architecture in Brazil, and after various stints as a professor in Rio, Ivo moved to Paris with his family in 2000. He now has studios in France, Spain and Brazil, and a reputation based on his work with geometric abstract art.

Metric of Color is the name of a new book developed following an interview between Ivo and Julie Karabenick, editor of Geoform and a researcher on geometric art. The book was launched to coincide with Gonçalo Ivo: The Skin of Painting, an exhibition that took place at the Oscar Niemeyer Museum (MON) in Curitiba, Brazil. The book focuses on contemporary geometric abstract art from all over the world and was created especially for the Internet. Bilingual (English and Portuguese), the book also offers the possibility to learn about Ivo’s experiences through a chronological list of his work and exhibitions.

We had the opportunity to ask Gonçalo a few questions about Metric of Color, the Brazilian art scene, his personal development as an artist and his hopes for the future of art.

When was the moment in which you felt drawn to the idea of being an artist?

I have been attracted to art in general – painting, music, cinema – since I was a child. My parents were part of a group of intellectuals in Rio de Janeiro, so I have always spent time with artists, musicians, theatre directors, actors, etc. I do think it is important to have your parents’ support but the essential thing is to make a true and honest choice.

In which period of your life would you say you felt you had found your style?

I don’t really believe in this question of style. In my most recent published book, the interview with Julie Karabenick, I realised how much my work is a hybrid that changes throughout time. Many specialised critics classify me as a colourist but I think I am simply a pictorial animal. 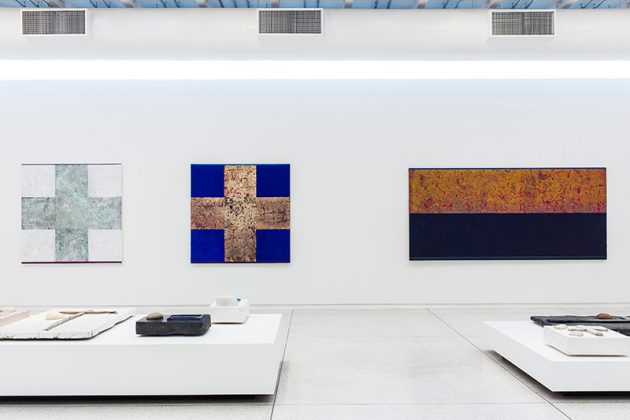 What in your opinion are the differences between the art scene in Brazil and Europe these days? Do you see young Brazilian artists looking to improve their skills within Brazil or looking for foreign connections and influences?

Contemporary art has expanded itself in a vertiginous way. With electronic media everything has become very close. The problem with painting today is that artists at the beginning of their careers want fast results and immediate success. Picasso used to say that painting is for old people. There is a science and knowledge around painting/colour/drawing that can only be acquired with years. When I was an art professor I told my students to travel and discover museums not only in Europe but also in America and other continents. Art has to do with intellectual curiosity, it can englobe anything from popular art from all over the world to a more spiritualized conception of art. https://playswiz.com/buy-spotify-plays/.

In what way do you find the place you create your pieces in affecting the creation process?

In Paris and in Madrid I paint medium and small sized works. I read a lot, listen to music all day, do my studies, sketches, etc.

In Brazil I paint larger works such as the ones currently on display at Oscar Niemeyer Museum. My painting is my home, I carry it on my back like a snail carries its shell.

Through the geometrical forms and bright colours, what message do you try to pass on to those who look at your paintings?

Colours are what they are. They can be many things like a polyhedron, each side reveals a subtlety and quality. There is no intention on my part of transmitting something to the public. I think that my work comes from something which exists before me, something magic, linked to dreams, to synchronicity. I feel the necessity to be doing something with my mind and my hands and this is how my work is born. 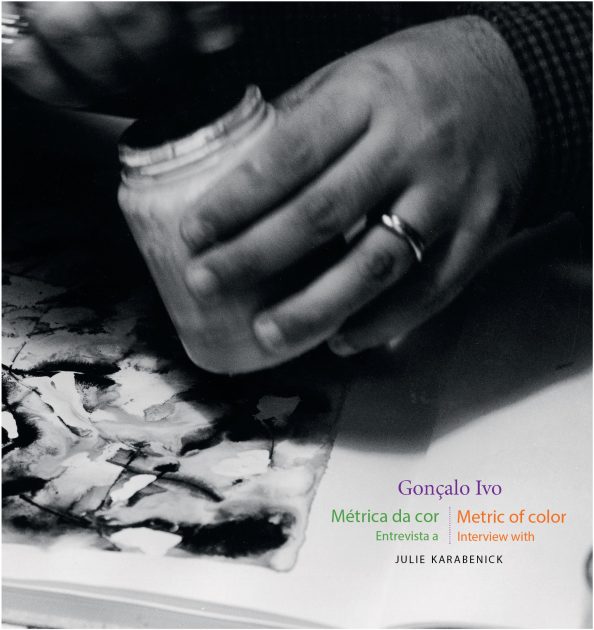 Cover of ‘Metric of Color’

Why did you decide to publish Metric of Color? What do you hope to achieve/pass on with this book?

Metric of Color was a project conceived by Julie Karabenick. It’s a study of geometric art around the globe. She enjoyed my work and she asked me if we could do a long interview about my work process, my life and my story. Julie thinks that this can enrich people’s life and bring them closer to art. I was very honoured and happy with her proposal. My father [poet Lêdo Ivo] read this interview in 2010 and said he found interesting those two visions of the world linked by art and the new technologies of online communication. He also told me to publish it as a conventional book which finally happened at the beginning of this year.

What do you think about the future of art in a world more and more digitised? Did the partnership with Geoform and a printed book have to do with it?

I don’t believe in the disappearance of the paper book, or of painting, etching, drawing, etc. When photography appeared many declared the death of painting. I believe old knowledges are transformed but are never erased. One of the books of my youth was Fahrenheit 451 which treated this subject in a poetic manner.

What do you think can be done to bring more young people to art galleries, allowing them to truly experience art, instead of only searching and looking at pieces of art online?

Museums around the world have an art and education sector, which brings young people but also older people to them. An only digital world would be absolutely boring.

People like different things. Even though we live in an age of mass culture, classical music concerts, traditional samba, reggae or flamenco concerts, for example, are always full. When there is a Monet, Degas, Picasso exhibition there are huge lines. When British critic and poet John Berger died, newspapers all over the world reported the news. I think that everything that is culture will survive. In the future I only fear politicians.