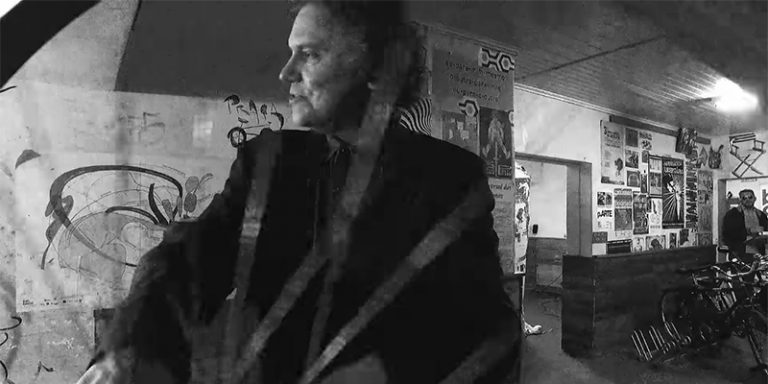 In this new trilogy of audio-visual shorts forward-thinking Brazilian composers Arrigo Barnabé, Carlos Careqa and Celso Piratta recreate music using the sounds of Curitiba. With a tape recorder in hand the three artists move through the streets of south Brazilian city, amassing ideas, poetry and audio that has culminated in these three videos, each a documentary of the artist’s journey and creative processes, and which are collectively entitled CWB-DOC: An Audiovisual Symphony for Curitiba.

The first episode features Celso Piratta, a composer from Paraná – the state of which Curitiba is the capital – who can be seen walking through Tiradentes Square, TUC (Theatrical University of Curitiba) and the human anthill that is Rua XV de Novembro, where he finds the rock band Cherry Rock. Together, they recreate the song “Brincadeira Tem Hora,” which Celso composed with Curitiba’s poetry icon Paulo Leminski.

In the second episode, actor, singer and composer Carlos Careqa enacts stories set in Passeio Público, the city’s first public park, including a story lived by Maria Aida, a Spanish woman who literally lifted off from the middle of the park on April 21st 1909 using a hot-air balloon. He also re-enacts the day when Emiliano Perneta was crowned the prince of Paraná’s poets, in what is now known as the Illusion Island, one of several small islands that are present in the park.

Finally, Arrigo Barnabé (one of the primary proponents of São Paulo’s vanguarda paulista movement of the 80s) begins his journey at Bicicletaria Cultural, a space that is both a bicycle workshop and and venue for contemporary artists. There, he interacts with the works and sounds of the workshop, moving through the streets of Riachuelo on a rickshaw, guided by local artist Fernando Rosenbaum. Arrigo observes and records sounds in the area, ending his journey behind the scenes at Teatro Guaira, establishing a path between tradition and the new; the erudite and the popular.

Watch all three episodes below:

Find out more at cwb-doc.com, including links to download and stream audio created during the project.