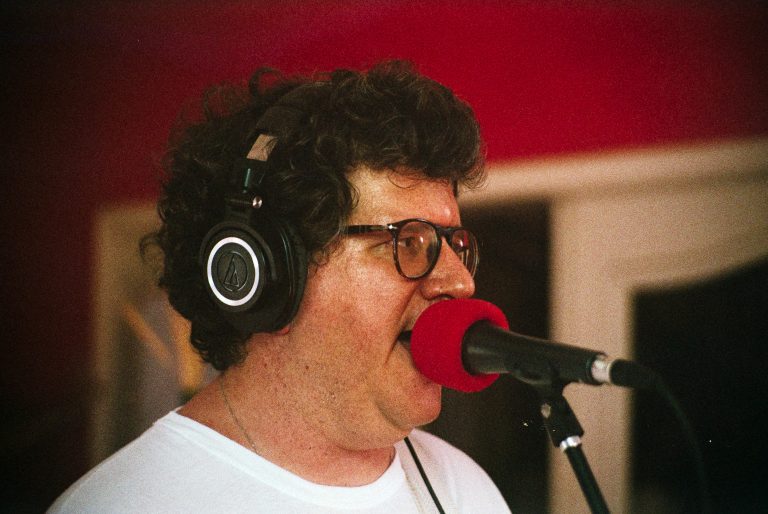 Sessões Tronco is a new project from Porto Alegre that is hoping to shine a light on the great things happening in a city that is by no means small (close to 5 million inhabitants in the larger urban region) but that often gets overshadowed by the brighter lights of Rio and São Paulo. This new series of live sessions from Tronco (which is also a record label), featuring some of Brazil’s most revered musicians, is hoping to redress the balance and is beginning with one of Brazil’s most in-demand producers and idiosyncratic performers, Kassin.

Kassin has worked with everyone (Marisa Monte, Beck, Bebel Gilberto, Caetano Veloso, Gruff Rhys, the list goes on), often as a producer, musician or songwriter, and has also released a stream of outrageously-good albums under his own name, beginning with the Kassin+2 record, but more recently, Relax, an album which came out last year amid much critical acclaim.

Relax is classic Kassin. Funky tunes with flashes of pop genius, lyrical wordplays, detailed and surprising arrangements, and severe musical chops. The first track on the album is “Comprimidos Demais”, which is the track we are premiering today in its Sessões Tronco guise.

Recorded in February at Tronco’s studio in Porto Alegre, Kassin plays with a band featuring Alberto Continentino on bass, Daniel Santana on drums and Danilo Andrade on keyboards. The song is about a couple managing their moods using pills, and includes a play on words in the title. “Comprimidos Demais” roughly translates as “Too Many Pills” but as “comprimidos” can mean both pills or compressed, it has a double meaning. Kassin had this to say about the recording of the session:

“It was a beautiful recording at Tronco. It’s a beautiful big house where they have the studio, and it became a kind of party there, everybody having fun, I think that translates on the video.”

Expect plenty more videos from Sessões Tronco, and find out what Tronco (who are also a record label) are up to on their Facebook.