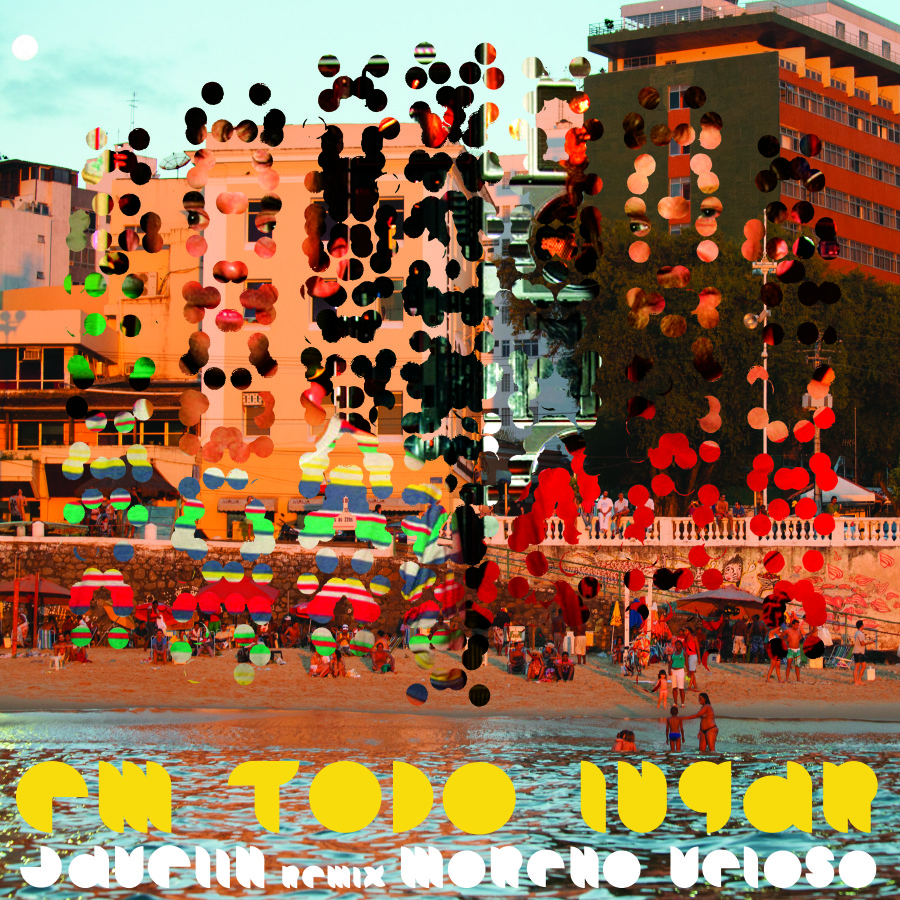 Moreno Veloso is back in the limelight. 13 years after Music Typewriter, the album that set the tone for a new explosion of Brazilian music, Moreno has returned with Coisa Boa, a brand new album that has just been released by Luaka Bop.

In truth, it’s not like Moreno ever went away as he has been popping up on countless great albums since his debut – including his work with the +2’s, on Kassin +2 and Domenico +2, as well as collaborations with Brazilian greats like his father Caetano, Gilberto Gil and Adriana Calcanhotto, to name just a few – but it is great to hear him sing his own songs again.

On this premiere we get to hear Moreno under the influence of another Luaka Bop artist, Javelin (an electronic pop duo from Brooklyn), as they turn album track “Em Todo Lugar” into a slinky afro-Brazilian party jam. Here’s Javelin to talk about their love for Moreno’s music:

“I’ve been a big fan of Moreno since Musical Typewriter came out in 2001. That record had a huge impact on me melodically and aesthetically and it helped fuel the Brazilophilia with which I continue to be stricken. It was a treat and an honor to get to create something new underneath his lovely vocal. Broke out my guitar for this one!” George Langford AKA Javelin

Coisa Boa is available from iTunes, Amazon UK and Amazon US.