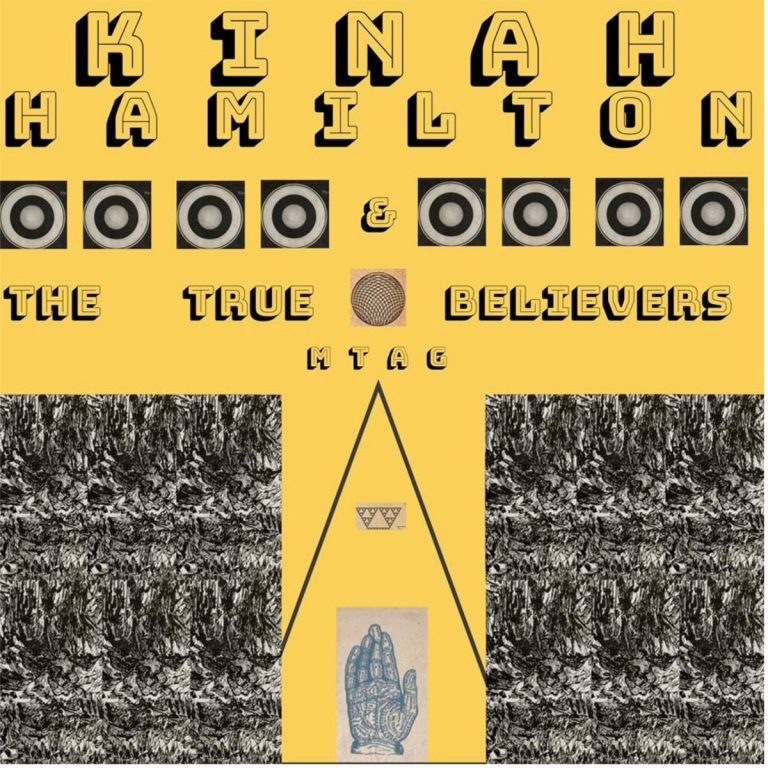 There’s serious heft to the new album by Kinah Hamilton & The True Believers. The work of Bruno Abdala and a number of Brazilian friends, M.T.A.G sees Abdala once again explore the spiritual hip-hop genre which he seemingly created himself (and which we’ve documented before here).

Abdala collaborated with Rogério Martins (Hurtmold), Guilherme Granado (Hurtmold, São Paulo Underground and Bodes e Elefantes), Danilo Rosolem (Vida Seca) and Fabio Chinca (a member of Joe Lally’s Italian trio) for the release, collaborators that give a clue to the album’s DNA, with Abdala’s use of field recordings, ambience and hip-hop beats allied to the rhythmic percussion associated with Vida Seca and the progressive electronics and soundscapes of Hurtmold. It makes for a fierce amalgamation.

Opening tracks “Friends Part (O.G’s Only)” and “Afternoon on a Satellite With Mau and Mary” set the stall out early, the former’s thick, powerful rhythm and preacher-like vocals hitting the perfect balance between music and message, while the latter is no less potent with greater use of electronics but no let-up in the focus on groove. And the same could be said for the rest of the album. This is a mesmerising, important release.

M.T.A.G is released as 15 tracks of audio and video (see the YouTube playlist below) via Próposito Records.